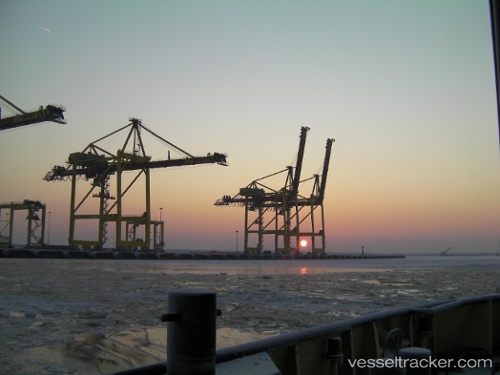 Maintenance at Russia’s Ust Luga coal terminal will have a temporary effect on thermal coal export capacity from Russia, but this is not expected to have much of an impact on the delivered-Europe price, sources said. The maintenance could reduce coal export capacity by as much as 1 million-2 million mt over the next few months while work on the terminal is carried out, sources said. But some sources said they doubted the reduction would have much impact on the market, saying Russian coal was exported via several terminals in the Baltic region that could absorb the lost capacity from Ust Luga. Ust Luga’s export capacity is 20 million mt/year, according to the terminal’s website.

Commercial Sea Port of Ust-Luga JSC says it has put into operation two new Quaricon ship loading conveyors for handling a wide range of dry bulk cargo (coal, coke, petcoke, ore) with bulk weight of up to 2.5 t/cbm. According to the statement, the newly acquired equipment costs RUB 26 million. The new equipment allows for loading of vessels with deadweight of up to 60,000 tonnes. Production capacity of the equipment is 500 tonnes per hour. Each ship loading conveyor is equipped with a magnetic separator, an electric motor and a hydraulical drive. The system fitted with a lever-operated hydraulic control valve block makes an operator’s cabin unnecessary.

First vessel with coal shipped from Rosterminalugol (Ust-Luga) to Portugal

Rosterminalugol JSC, the largest dedicated coal port in the European part of Russia, part of Russia’s largest coal port holding Port Management Company LLC, says it has loaded the first ship bound for Portugal. It took 36 hours to load the Panamax ship Sea Tribute with 77,500 t of thermal coal. Having the loading completed on 18 October 2017 the ship set sail for a port of Sines (south-west of Portugal). Rosterminalugol says it is permanently expanding the geography of supplies. As of today, coal is shipped from the terminal to more than 20 countries including Germany, UK, Israel, Brasil and Morocco. The list is now expanded with Portugal, a country with great industry potential and insufficient natural resources. Rosterminalugol JSC (port Ust-Luga, Leningrad Region) is the largest dedicated coal terminal in the North-West region of Russia. The terminal built with the application of the innovative technologies is intended to supply Russian coal produced in Kuzbass and other coal fields to the customers in Europe, Africa, Middle East and Latin America. The terminal was founded in 1996 under the programme on establishment of a commercial seaport in Ust-Luga. Phase II of the port – automated transshipment facility – was put into operation in 2006 in the presence of Russian President Vladimir Putin. In 2016, Rosterminalugol entered the holding run by Port Management Company LLC