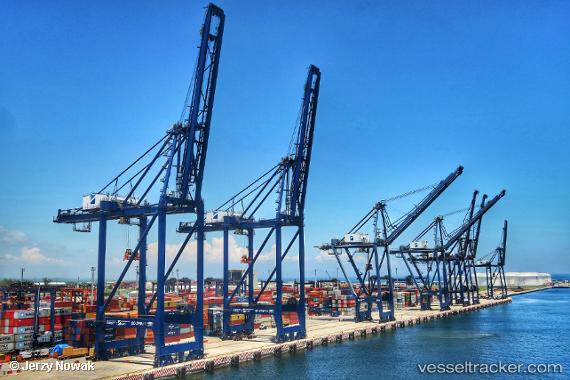 Congestion at the Mexican Port of Veracruz has now become so bad that some consignments are being diverted to other domestic ports, claims Leobardo Saldívar, president of the National Chamber of Cargo Carriers (Canacar). He said that the port lacks available capacity, particularly in respect of containers, with shipments therefore flowing through other ports and generating extra work for the road haulage community. The Port of Altamira has been a particular beneficiary, where traffic has increased by 25% and is expected to continue growing given buoyant demand. According to Mr Saldívar, Altamira is benefiting from a traffic boom that is expected to continue into the second half of the year. He added that the situation at Veracruz is so bad that neither terminals nor customs officials have any spare capacity left to accommodate further vessel calls and that Altamira remains the main alternative. Source: Port Strategy

The Grimaldi Group announces an important enhancement of its overseas maritime services: a new direct service to Mexico, dedicated to the transport of cars, rolling freight and project cargo has been recently launched. The link is an upgrade of a regular service between the Mediterranean and North America, already performed by the Group with great success since 2015. The new extended service connects the Italian ports of Civitavecchia and Savona and the Turkish port of Gemlik with the North American ports of Halifax (Canada), New York, Baltimore, Jacksonville and Houston, as well as Veracruz in Mexico. The service has a weekly frequency for destinations in North America and a fortnight frequency for Mexico. The service performed by the Grimaldi Group is the first direct and regular link between the Mediterranean and North America for rolling freight. Thanks to the deployment of ro/ro-multipurpose vessels with a loading capacity of 3,000 linear meters of rolling freight and 3,000 cars, the regular service ensures a transit time of only 12 days between Italy and North America and 20 days for Mexico.

Maersk says it wants to bid in Mexico port expansion

he ports division of Denmark’s A.P. Moller-Maersk is looking to participate in the tender to expand the Port of Veracruz in southeastern Mexico, the company said in a statement. Mexico’s government said earlier in September that it wanted to attract 23 billion pesos ($1.35 billion) of investment in four or five new terminals in the new Port of Veracruz during President Enrique Pena Nieto’s administration. Source: Reuters