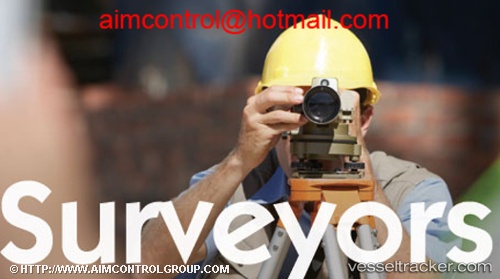 CMA CGM Marco Polo vessel yesterday docked at Cai Mep International Terminal (CMIT) in Ba Ria-Vung Tau province, becoming the biggest container ship ever to dock in Vietnam. It is a container ship owned by the CMA CGM group with a designed weight of 187,000 tons and loading capacity of 17,000 TEUs which directly transport Vietnam’s import and export goods to the Northern European market. On the occasion, the Cai Mep International Terminal has officially exploited as well as received weekly the other container ships as CMA CGM Marco Polo. Cai Mep – Thi Vai deep-water port is one of the biggest sized terminals in the Southeast Asian region and is considered as a cargo transit hub.

On October 29, 2015 Cai Mep International Terminal (CMIT) received the maiden call of the 14,000 TEU m/v CSCL Star, the ultra large container vessel (ULCV) of 157,000 DWT, deployed in the Ocean 3 Alliance, marking the first Vietnam/Northern Europe direct service. Notably, within the last week, two feeder services have also started to call at CMIT to connect both the local Vietnamese export cargo and the international export cargo from Thailand and Cambodia, all transshipped through CMIT. “This operation fits well into the vision of CMIT to be the first container hub port for domestic and international transshipment,” said Robert Hambleton, General Director, CMIT. “The transshipment operation is also supported by the Vietnamese Government, as Vietnam positions itself within the Cai Mep deep-water container port group to best serve the Europe-Vietnam Free Trade Agreement which was agreed to in September.” http://www.marinelink.com/news/welcomes-first-cmit400298.aspx

More than six years since its opening, a VND40-trillion (US$1.75 billion) deep-river port complex in the southern province of Ba Ria-Vung Tau is still struggling to reach its designed capacity. Statistics from the province’s transport department showed that a total of 1.16 million TEUs were handled at Cai Mep-Thi Vai last year, or just 17 percent of its capacity, even after freight growth averaged 20 percent a year, Tuoi Tre newspaper reported. Although all its seven ports are designed to handle container ships of up to 85,000 DWT, just a few of them receive enough large vessels , Tran Van Danh, chief of the province’s customs office, was quoted as saying. The others are now handling small boats carrying farm produce, iron and steel products, and one of them was almost neglected, Danh said. Cai Mep-Thi Vai has also failed its mission of becoming a key transshipment port for long distance ships. Initially 16 vessels left the ports for the US and Europe every week, but by 2012 shipping lines had reduced them to eight ships, the newspaper reported. One of the two busiest ports within the complex, CMIT currently sees three ships sailing to the US every week. http://www.hellenicshippingnews.com/vietnam-builds-a-1-7-billion-port-and-now-it-lies-waiting-for-ships/