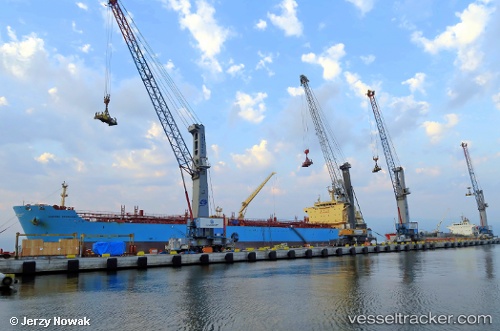 In a move that shows great confidence in the future viability of Konecranes’ container crane technology, DP World, the global trade enabler, is upgrading two of its Konecranes Rubber Tired Gantry (RTG) cranes to test the capabilities of remote operation. This will take place at DP World’s Yarimca container terminal in Turkey, which operates a fleet of 18 Konecranes RTGs. DP World is exploring the possibilities of better productivity through remote container crane operation. The DP World Yarimca container terminal, one of the largest container terminals in Turkey with 1.3M TEU capacity, will upgrade two of its Konecranes RTGs to test the viability of remote operation. DP World Yarimca’s Konecranes RTG cranes are electrically powered by cable reel systems. They are already equipped with safety-enhancing and operator-assisting features such as Stack Collision Prevention, Trailer Lift Prevention, Auto-Truck Guiding and Auto-Positioning. They are also equipped with Auto-TOS Reporting. This will make the upgrade to remote operation relatively easy, involving the installation of two Remote Operating Stations (ROSs).

President Recep Tayyip Erdoğan will attend the opening ceremony tomorrow of one of Turkey’s most important container terminals, Dubai Port (DP) World Yarımca in Kocaeli. While the preparations for the opening are in progress, DP World Yarımca will be the first port to have a truck parking system within reach of a Turkish harbor. Spread across 46 hectares in Kocaeli’s Gulf district, more than $600 million has been invested in DP World Yarımca so far. Four 87-meter-high pier cranes brought from China on by ships were installed in the port. These Electrified Rubber Tyred Gantry Cranes (E-RTG) will be used for handling containers, and according to Hürriyet daily, very few container terminals around the world have them. Moreover, DP World Yarımca will be the first terminal in Turkey to use them. They feature a remote control system that enables them to be operated from 1.5 kilometers away. DP World Yarımca will be managed by the world’s third-biggest container operator, Dubai-based DP World. The company operates more than 65 terminals in 60 countries on six continents. Source: Daily Sabah

Suspension of traffic for bridge works

Traffic will be suspended for all vessels between the coordinates 029 30 E and 029 32 E at Izmit Bay from 5 to 9 February, between 08:00 and 16:00 hours local time, due to works on Izmit Bay Suspension Bridge. Masters of your vessels trading in the area must act in line with VTS instructions and take all related precautions accordingly.