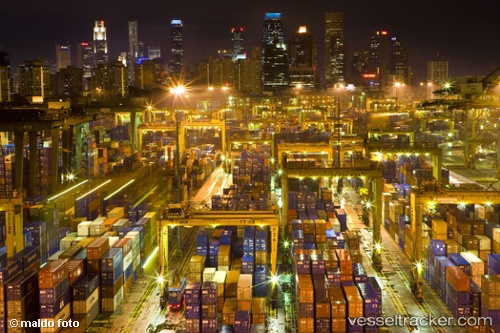 Phase one of the new Jurong Port Tank Terminals (JPTT) was officially opened on Monday (July 29), with Senior Minister of State for Trade and Industry Chee Hong Tat saying it will allow Singapore to strengthen its position as one of the world’s top bunkering ports for low-sulphur fuels. The $200 million, 16ha petrochemical terminal is a joint venture between port operator Jurong Port and German firm Oiltanking with 252,000 cubic m of clean petroleum storage capacity. From January next year, the International Maritime Organisation will prohibit ships from using fuels containing more than 0.5 per cent sulphur.

Construction work on the second phase of the Tuas mega port began yesterday with the installation of the first concrete structure for the wharf. A total of 227 concrete structures or caissons, each weighing 13,000 tonnes, will be installed over the next eight years to construct the wharf, the largest in the mega port. Almost 400ha of land will be reclaimed for the second phase, which will have 21 container berths and be able to handle 21 million twenty-foot equivalent units (TEUs) of cargo annually. In April, the last of 221 caissons for the first phase of the mega-port project was installed. Last year, a consortium of three companies – Penta Ocean Construction, Hyundai Engineering & Construction and Boskalis International – won a $1.46 billion contract to develop the second phase of the Tuas port.

New automated cranes and vehicles are on trial at the Pasir Panjang Terminal and can boost productivity substantially, potentially bolstering Singapore’s status as a port hub. Port and terminal operator, PSA Singapore, introduced details of the automated machines to Minister for Transport Khaw Boon Wan and the media during a briefing at Pasir Panjang Terminal Building 3 on Monday (July 23). Under the new Automated Quay Crane system, part of the process of moving containers, from a vessel to a prime mover for example, can be done automatically. But a worker still needs to use a joystick to load and unload containers onto the vessels and vehicles for now, though engineers are working to make the whole process automated with only minimal human supervision needed. Mr Eddy Ng, managing director of Singapore Terminals 2, which includes the Pasir Panjang Terminals, said: “Technology has revolutionised and transformed PSA and the broader maritime and ports industry. What used to be a lot more labour-intensive has now been refreshed by automation and digital capabilities and new technologies.”