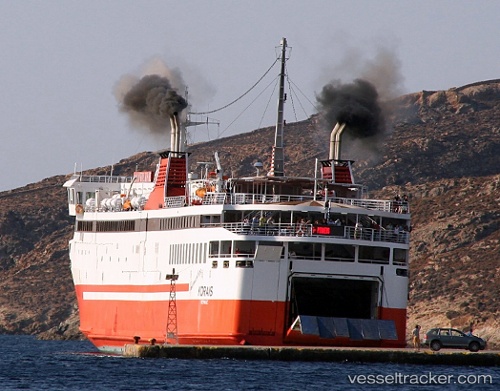 On Nov 4, 2020, the 'Adamantios Korais' suffered a mechanical damage to its port side main engine in the area of ​​Kythnos. The ferry had departed from the port of Piraeus at 3.10 p.m. bound for Kythnos, Serifos, Sifnos, Milos, Kimolos, Folegandros, Sikinos, Ios and Thira with 193 passengers, 46 cars, 26 trucks and 13 two-wheelers on board. It returned to the port of Piraeus in order to repair the damage.

The 'Adamantios Korais' suffered a mechanical failure at the port of Alexandroupolis on Aug 12, 2020. The engine failure occurred just before the vessel's departure at 7 a.m. for the islands of Samothraki and Limnos. 597 passengers were stranded at the port. The crew members were trying to fix the problem.

On July 26, 2020, at 4 p.m. the Central Port Authority of Alexandroupolis was informed by the Captain of the 'Adamantios Korais' about a damage to the three engines while the ship was sailing south of the port of Alexandroupolis. It operating the scheduled route from Samothrace to Alexandroupolis. Accompanied by two patrol boats and the 'North Star' the ship managed to reach the port of Alexandroupolis, where the 508 passengers were disembarked and the 68 vehicles unloaded. The ship was detained by the relevant Port Authority until repairs were completed and a certificate of seaworthiness by the attending classification society was presented. On July 28 at 10.15 p.m. the ferry berthed in Myrina.