ADVENTURE OF THE SEA 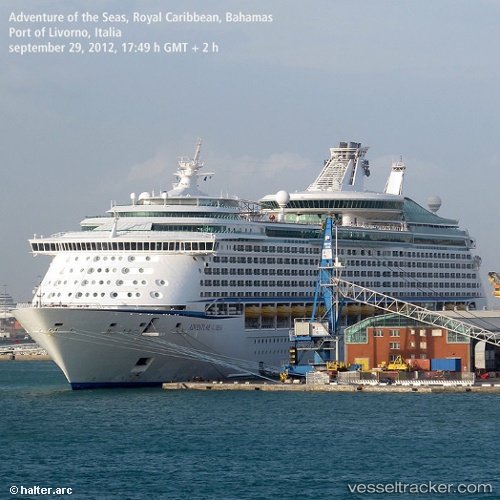 The disembarkation process for Jamaican crew members of the ‘Adventure of the Seas’ was completed in the afternoon of May 25 at the Falmouth Pier in Trelawny. The final batch of Jamaicans left the vessel in the morning. 1024 of the 1044 Jamaicans aboard who wished to be landed in Jamaica have now done so. The ‘Adventure of the Seas’ was given permission to dock on May 19 following the finalisation of a protocol under the Controlled Re-Entry Programme. The Ministry of Health and Wellness created a sterile zone around the port to conduct COVID-19 testing following which the ship workers were transferred to the Bahia Principe hotel in St Ann, to await test results. At present nine Jamaicans from the ‘Adventure of the Seas’ have been placed in isolation, having tested positive for COVID-19, while 384 persons have been sent to do home quarantine following their negative test result. Persons who have been allowed to quarantine at home have consented to have their locations geo-fenced, using smart technology through the JamCovid19 app and to do a video check multiple times per day while in quarantine. This is administered by the Jamaica Constabulary Force.

The 'Adventure of the Seas' has finally been allowed to dock at the Falmouth cruise port in Jamaica. This came after the government and Royal Caribbean could not come to an agreement to allow crew members to disembark for repatriation. Prime Minister Andrew Holness of Jamaica has released a statement on the matter and they have had formal exchanges with the cruise line since April 21 to get crew members back home including a 14-day quarantine. The final correspondence was on May 15 and up to that point, no date was agreed for repatriation. The 'Adventure of the Seas' had taken on crew members from other vessels in the fleet however the ship had a long wait before being allowed to dock in Jamaica. Also, even though the ship has docked, over 1,000 crew members were not being allowed to disembark until May 21. The government has hinted that it has been tricky to make sure the resources are in place to deal with the large number of crew members that will need to under quarantine and to disembark them in a safe way with no risk to others. The plan is to disembark around 200 crew members every 48 to 72 hours. The will be a safe zone around the cruise port to conduct testing and while awaiting for the results a local hotel will be used.

Hundreds of stranded Jamaican cruise ship workers finally arrived back home on May 19 after a tense high seas standoff between Jamaica and Royal Caribbean Cruises Ltd. over how to repatriate them, and months of being trapped on board the 'Adventure of the Seas'. Jamaica Prime Minister Andrew Holness announced late on May 18 that his government and the cruise company had finally reached an agreement over the reentry of “the largest number of Jamaicans at any one time” since the outbreak of the COVID-19 pandemic. The plan involved a phased disembarkation over several days of the 1,044 crew members on board the ship to give the government time to test everyone and place people in government-mandated quarantine. The Ministry of Health and Wellness will recreate a sterile zone around the port to conduct testing. The cruise ship workers will be disembarked in groups of 200, every 48 to 72 hours and after testing, will be taken to the Grand Bahia Principe [hotel] where they will be accommodated.