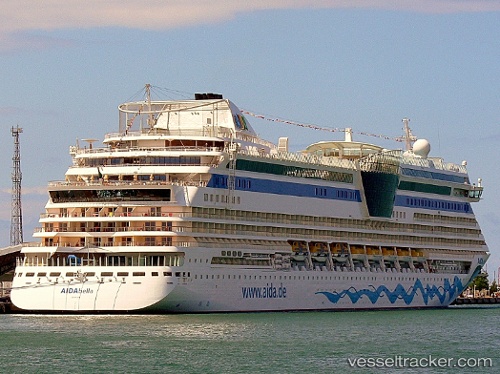 The 'AIDAbella' has changed its schedule on the next two cruises due to the coronavirus and skipped calls at Chinese ports. The final schedule was expected on Feb 7, 2020. Affected were the cruises from Feb 02 to March 30.

During the call of the "Aidabella" at Kiel on Aug 25, 2019, Officials of the Federal Police Kiel brought a 51-year-old German crew member from board the cruise ship and confronted him with the arrest warrant. The man has been convicted of document falsification and let the date for the main hearing pass, so that now a pre-trial detention order was issued. After consultation with the stand-by judge at the District Court of Kiel, the man was first taken to the police custody of the state police Kiel and subsequently to the prison Neumünster.