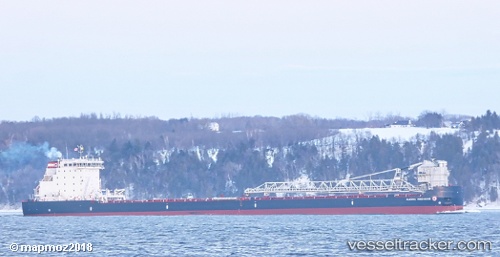 The "Algoma Innovator" remained at anchor in Goulais Bay above the locks on June 27. It was towed there the previous day by the Purvis Marine tug "Avenger IV" after suffering a blackout and was drifting on the Lake Superior, 52 nautical miles northwest of Sault-Ste-Marie, Ontario, in position 47 01 12.0N, 85 26 01.1W, at 4.45 p.m. The US Coast Guard was monitoring the situation.