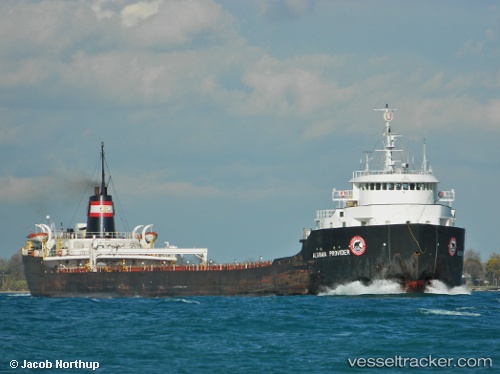 sold to Aliaga breakers 117$/To as is Montreal

The U.S. Coast Guard has ended its search for the crewman aboard a Canadian freighter who was reported missing as the vessel made its way across Lake Ontario. The man from Nova Scotia was last been seen on Oct 20 around 4 a.m. when the ship was 11 miles north of Rochester. When he was reported missing, the ship was near Alexandria Bay on the St. Lawrence River. Coast Guard rescue crews on boats from Oswego, Rochester and Alexandria Bay, and in aircraft, were involved in the search. The Canadian Coast Guard also sent out search aircraft and rescue boats.