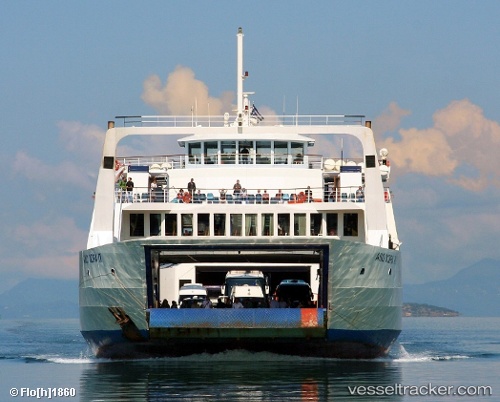 Sustained damage its No.2 generator, vessel detained at Igoumenitsa

Passenger ro/ro Ano Hora II (2110 gt, built 2004), while preparing for its departure to Corfu at 1845 hrs, sustained damage its No.2 generator, at the port of Igoumenitsa, Greece, during the late afternoon, on Jul 9. The vessel was subsequently detained in port to conduct repairs, while the 181 passengers on board were transported to Corfu by passenger ro/ro Kerkyra Express, at 2020 hrs.

While berthing at the port of Perama, the ferry "European Express" allided with the "Ano Hora II", which was berthed alongside undergoing repair works, on the morning of Jan 18, 2018. Both vessels sustained superficial material damage. The tugs "Christos XXXIII" and "Christos XLI" were sent to the scene to assist. The Piraeus port authority conducted a preliminary investigation and then detained the vessels until repair works were completed and class survey certificates were issued. The "Ano Hora II" arrived at Piraeus on March 5 at 10 a.m.

The "Ano Hora II" allided with the pier in Igoumetsia in the morning of Apr 29, 2015, at 10.45 a.m whilst coming from Corfu. There were 187 passengers on board. The impact was so severe that 11 people, among them six children, were injured. The children and two teachers were hospitalized in Igoumenitsa. Two students and one Professor had suffered abrasions and were initially transferred along with the rest of the injured to the health center of Igoumenitsa. In total, seven students and two teachers from the Lyceum of Corfu were aboard the "Ano Hora". The students and their teachers later continued their trip to Thessaloniki. Three other persons, among them a woman, a child and a grandparent have been transferred to the Hospital of Filiates. One bus and five cars on the pier were damaged as well as the pier itself and the ferry. There were 35 cars, three trucks and thee buses aboard the ferry. The cause of mishap was yet unknown. Witnesses believed the allision was caused by mechanical failure. port authority of Igoumenitsa detained the ship until the damages were investigated and rectified. The master of the ferry initially was arrested by the Navy, but then released by the prosecutor. Greek report with photo: http://www.skai.gr/news/greece/article/280523/igoumenitsa-atuhima-kata-ti-diadikasia-prosdesis-ohimatagogou-me-11-traumaties/#ixzz3YmBRiis7