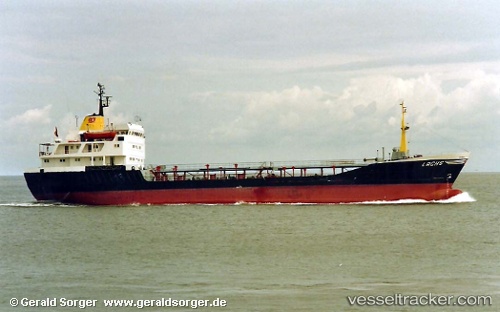 After more than 70 days in captivity, five Indian crew members of the "Apecus" have been released with efforrts of India's ministry of external affairs and Nigerian authorities on June 27. They were taken ashore at 1.30 p.m. by the pirates. It was unknown if a ransom had been paid. The men had been abducted on April 20.

The pirates who abducted the six crew members from the "Apecus",have directly contacted the family of the hostages after holding them for about a month, on May 20. A family member of one of the six seafarers was contacted, and was spoken t by four of the seafarers. A ransom of one million US dollars has been demanded but the proposed mode of transaction has not yet been disclosed. The pirates had stated that the shipowners, or the Indian Embassy in Nigeria, have not approached them yet. However, the Indian High Commission has claimed to be doing everything they could to rescue the kidnapped members, with the support of the Nigerian Government.

While authorities and others tried to negotiate the release of five crew members of the "Apecus" who were abducted by pirates while the vessel lay at anchor off the coast of Bonny Island on April 19, the Nigerian Maritime Administration and Safety Agency (NIMASA) said it has identified the vessel as having an illegal background. While expressing sympathy for the missing seafarers and having agreed to collaborate fully with the Nigerian Navy and other interested parties in seeking the release of the men, NIMASA director-general Dr Dakuku Peterside said that investigations have revealed the vessel as an illegal operator. Firstly, the tanker has been conducting trading activities in Nigerian waters since 2014 without any valid permits or documentation. Secondly, it was observed that the vessel has changed the name and the flag under which she operated with on no less than a combined 15 recorded instances with an additional five changes in call sign since 1993 and four Maritime Mobile Service Identity, MMSI changes which all point to her suspected involvement in illegal activities. Before her hijack, she was spotted in Lome, Togo on February 26, 2019, for an hour, Tema, Ghana for two hours on February 27, 2019, and Lagos anchorage for 29 minutes on April 2, 2019, until her eventual hijack on April 19. Reports also indicated the vessel was in the habit of switching off her AIS in order to avoid detection and had done the same thing prior to being attacked which had made locating her whereabouts extremely difficult. There was no clarity on her business in the Bonny area where the incident occurred.