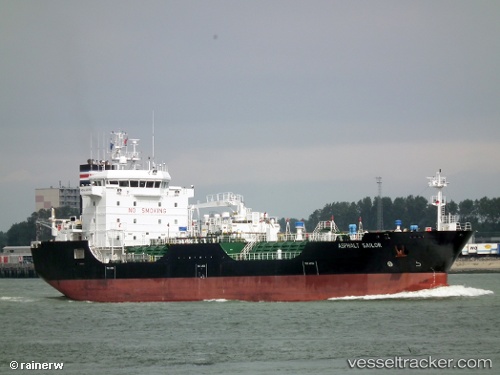 The Coast Guard is assisting a disabled 356-foot asphalt tanker 210 miles off the coast of Nantucket after it reportedly lost power. The Netherlands Coast Guard called watchstanders at the First Coast Guard District at about 5:30 p.m., Thursday, and reported the Marshall Island-flagged tanker Asphalt Sailor was disabled with a crew of 17 aboard. The 154-foot Coast Guard Cutter Rollin Fritch, homeported in Cape May, New Jersey and patrolling offshore, was the first asset to arrive on scene at about 5 a.m. Friday. Assessing the situation, they reported the Asphalt Sailor crew was in no immediate danger, and worked to determine the cause of the power outage. The 270- foot Coast Guard Cutter Legare, homported in Portsmouth, Virginia and patrolling off the coast of New England, was scheduled to take over for the Rollin Fritch at about 4:30 p.m. The parent company of Asphalt Sailor is working to dispatch a tug from New York City to meet with the vessel and tow it back to port. The vessel is not carrying cargo and no injuries were reported.

The Coast Guard medevaced a 29-year-old man from the "Aspahlt Sailor" on Feb 28, 2014, approximately 10 miles east of Fort Story. The captain of the tanker contacted Coast Guard Sector Hampton Roads Command Center watchstanders via VHF-FM at approximately 5:30 p.m. reporting a crewmember was suffering from abdominal pain and in need of assistance. Sector watchstanders dispatched a crew aboard a 45-foot Response Boat - Medium from Coast Guard Station Little Creek to assist. The RB-M crew arrived on scene at approximately 6:50 p.m., transferred the man aboard their boat and took him to Virginia Beach Fishing Center in Rudee Inlet, where he was met by an awaiting ambulance crew and taken to Virginia Beach General Hospital in stable condition.