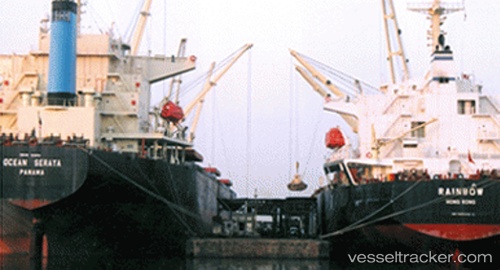 Essar Group has won a bid for setting up a 1 million tonne liquefied natural gas (LNG) terminal at Haldia port in West Bengal. Haldia Dock Complex under Kolkata Port Trust had earlier this year invited bids for setting up an LNG terminal with storage and distribution facilities. Essar Ports in consortium with Ultra LNG and Essar Shipping Ltd won the bid to build and operate the LNG receipt and storage facility for 30 years, sources privy to the development said. Petronet LNG Ltd and V Energy were other bidders for the project that would have a minimum guaranteed traffic of 0.2 MTPA. The LNG project is expected to be commissioned in two years.

Düsseldorf, Germany, 14 June 2016 – Terex Port Solutions (TPS) is continuing its success in India with its diesel-electric Terex Gottwald mobile harbour cranes. IRC Natural Resources Pvt. Ltd., which is part of the IRC Group (IRC), has ordered two Model 4 mobile harbour cranes in the G HMK 4406 B 4-rope grab variant for its contract at Berth No. 13, Haldia Dock Complex, located to the south of Kolkata on the Ganges estuary. In August 2016, the cranes will be transported, completely erected, by heavy-load vessel to India, where they will handle coal, coke, manganese ore and limestone from October onwards. The two identical machines have a 40-t grab curve and a maximum lifting capacity of 100 t. They offer an outreach of up to 46 m and maximum lifting speeds of 85 m/min and are equipped with a propping system adapted to the conditions at the berth. http://www.marinelink.com/news/gottwald-cranes-haldia411150.aspx

Inaugurating the bio-diesel dispensing unit at Haldia Dock Complex on Wednesday, June 24, Union minister of road transport, highways and shipping Nitin Gadkari said that the government is working on the standards for bio-diesel usage. “In a couple of months, new standards will be in place,” he said. With this plant, Haldia Port becomes the first green port in the country which will use bio-diesel to run its railway engines, trucks and other vehicles. The minister later visited Emami Agrotech Plant at Haldia, the oldest and biggest bio-diesel plant in eastern India. Emami Agrotech, with its production capacity of 1.2 million tonnes of bio-diesel, will supply the requisite bio-diesel to the port.