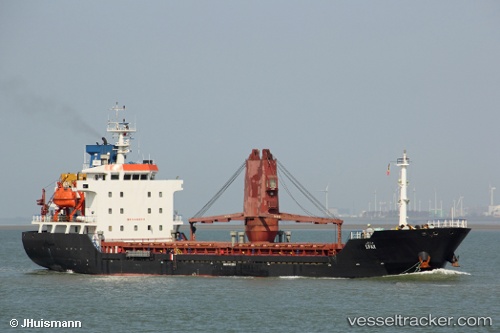 The "Sfax" was detained by the French port authorities after its arrival in the port of Nantes on Aug 24, 2019, with a crew of 17 on board, among them two Egyptians, the captain and chief engineer, and 15 Tunisians. Already during its call at Algericas between Aug 6 and 9 the vessel was pinpointed for defiencies regarding the the ballast water plan, the fire protection system and the life saving equipment. The "Sfax" was now banned from sailing by the Ship Safety Center (CSN) of Nantes for more than a dozen deficiencies. The crew has no hot water, no water in some wash basins, no personal protective clothing, and the employment contracts did not define the legal working hours forcing the men to work up to 17 hours in a row without overtime being recorded and therefore paid. They must maintain this ship without the appropriate means, with a salary of USD 300, well below the international minima. En route from Caen to Nantes the ship made the route without nautical charts. A bilge separator to avoid pollution did not work and there were oil leaks on the crane. The International Transport Federation (ITF) and the CSN were informed about the situation. The ship had been detained already in January 2018 for 17 deficiencies by the Italian authorities including life-saving appliances, working conditions (sanitary installations, heating, air conditioning and ventilation, temperature of the fridge room, cleanliness, lack of training concerning the exercises of fire a.o.).

In the morning of July 5, 2018, the Elefsina Port Authority was informed that during the transhipment of the wheat cargo from the "New Gemini" onto the "Sfax" an accident with a crane of the latter occurred. The crane was damaged, the grab dropped and railings on the "New Gemini" were affected too. No one was injured. The Elefsina Central Port Authority launched a preliminary investigation and detained both ships until repairs were carried out an class surveys conducted.