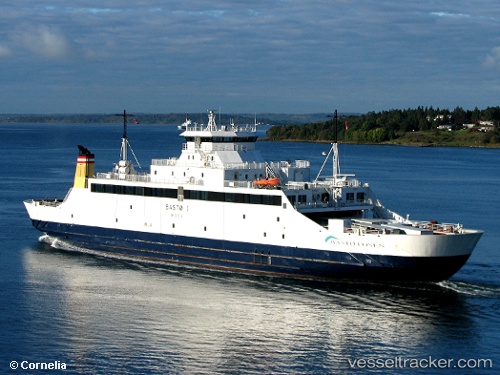 Sailings deleted due to technical trouble

The "Bastø III", one of the ferries Torghatten Nord has operating on the Halhjem - Sandvikvåg route, suffered technical problems in the morning of Jan 3, 2018. On Jan 1, Torghatten Nord took over the operation of the connection. All five ferries the company ordered for this purpose were delayed. Torghatten Nord started the year with four chartered ferries, two from Bastø Fosen and two from Fjord 1 instead, one of them being the "Bastø III". On the whole 10 crossings were cancelled after it was discovered that the "Bastø III" had a cracked valve on one engine. A needed spare part must be flown in from Amsterdam on the first flight to Bergen.