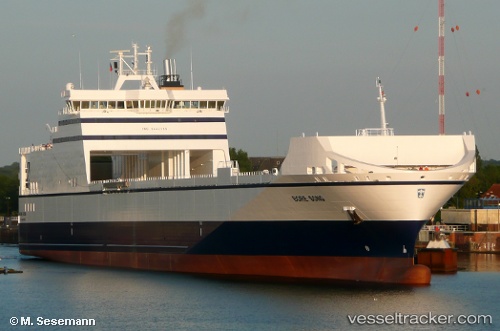 Six migrants sneaking into the UK called cops from port after getting stuck in a container. The men sneaked into the container in Zeebrugge, Belgium, before it was loaded on the "Bore Song" and sent to Teesport, near Middlesbrough. They were caught after they called 999 from a port and said: “We are stuck in a container.” The North African men were desperate after being locked inside for more than a day after it had arrived in the UK. The ship docked at Teesport on March 31, 2019, just after 7 p.m. The container was unloaded with the men still inside. But by the early hours of April 2 it had still not been opened and the men couldn’t unlock it from the inside. They were suffering from dehydration and despite knowing it would mean certain arrest they decided to call 999 and alert local police. A fleet of ambulances raced to the port and the men were taken to hospital for treatment before being released into the custody of Border Force. None were seriously hurt.