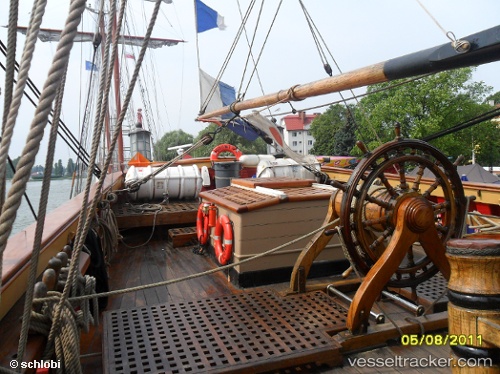 A Maine insurance company has filed a federal lawsuit against the owners of the "Bounty", claiming they misrepresented the unseaworthy condition of the vessel and recklessly chose to sail it into the path of Hurricane Sandy, where she sank off the coast of North Carolina, killing two people. The insurance company was seeking $5.1 million from HMS "Bounty" Organization LLC and Robert Hansen, the amount the insurance company claimed to have paid out to cover the loss of the ship, as well as legal expenses related to lawsuits filed by one victim’s family.

The main reason for the sinking of the "Bounty" in 2012 was because the captain and management made a bad decision to sail into the storm, a U.S. Coast Guard report said on June 12, echoing the conclusions of other federal investigators before them. Although the inadequate preparation of the crew and the ship were also factors, most critical was the failure of the management and master to exercise effective oversight and risk management.The report said the HMS Bounty Organization chose to meet only the lesser standards of a recreational vessel, not the tougher requirements of a passenger craft. The "Bounty" could have been certified as a small passenger or sailing-school vessel, but the management decided against taking the steps necessary to meet the minimum safety requirements that would have applied with such certification in favor of the less stringent recreational standards. A National Transportation Safety Board report conclued already in February that Captain Walbridge made a reckless decision to sail the "Bounty" into the hurricane's well-forecast path. The NTSB report noted that the wooden vessel took on water even in good sailing conditions and some wood rot also had been recently discovered on the ship. Workers at a Maine shipyard where the "Bounty" had received repairs testified during a joint Coast Guard and NTSB hearing last year that the ship had a decaying frame with an undetermined amount of rot in it before leaving port weeks before it sank.

The US Coast Guard was reviewing rules and regulations regarding tall ships, a leaked report into the sinking of the "Bounty" showed. It was looking at how the primary service of a vessel was determined and whether requirements for licensed mates and engineers should apply to uninspected and recreational vessels. The investigation into the sinking had showed problems with the vessel’s classification. It was treated as a recreational vessel although the ship’s owners could have pursued certification as a small passenger or sailing school vessel. The "Bounty"’s management decided against taking the steps necessary to meet the minimum safety requirements that would have applied with such certification in favour of the less-stringent recreational standards. While it may have made little difference to the ultimate outcome of the "Bounty", the Coastguard should examine if legislative, regulatory or policy changes are needed so that other vessels like the "Bounty" are maintained and operated in a safe manner. The Coastguard was also looking at the use of volunteer crews. The real issue was, however, the use of volunteers that lack sufficient training and experience. The report also made recommendations directly to the ship’s owners, the HMS Bounty Organization, for improving risk management and establishing a policy to have qualified people on the ship and ashore involved in deciding whether to set sail. Those recommendations were also being forwarded to the Tall Ships America organization. The report also recommended the HMS Bounty Organization establish policies and requirements for hiring professional engineers and provide them with clear direction on expected duties and performance. Tall Ships America has been proactively engaging with the Coastguard since this casualty to promote safer operations within its membership. Tall Ships America has been working with the U.S. Coast Guard to “advance best practices and responsibilities. In case the HMS Bounty Organization ever buys another ship, the Coastguard recommended it establish policies for hiring and directing a professional engineer.