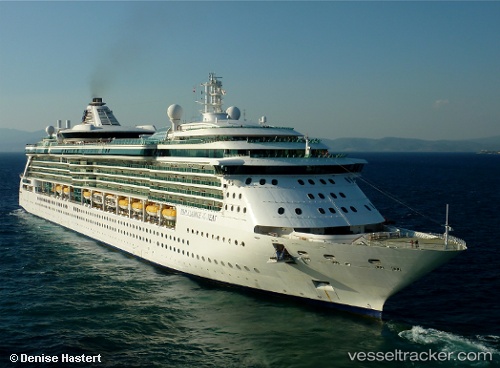 The US Coast Guard medevaced a 31-year-old Ukrainian man from the 'Brilliance of the Sea' 20 miles west of St. Petersburg, Florida, on March 19, 2020. The Coast Guard St. Petersburg received a medevac request after 2 p.m. from medical personnel aboard the ship who said the man had lacerations to his arm and torso. The Coast Guard Air Station Clearwater deployed an MH-60 Jayhawk helicopter which hoisted the patient and safely transported the man to Tampa General Hospital. Report with video: https://coastguardnews.com/coast-guard-medically-evacuates-man-with-lacerations-near-st-petersburg/2020/03/19/

A cruise ship off the Florida coast has rescued 18 Cuban migrants who say nine fellow travellers died during their 22-day-long journey, the US Coast Guard says. The Coast Guard said the migrants were picked up by Royal Caribbean's Brilliance of the Seas cruise ship west of Marco Island. The survivors were suffering from severe dehydration, and they reported nine others had already died, the Coast Guard said. The Coast Guard could not confirm the veracity of the statements. The 18 people would be taken to the cruise ship's next port of call, in Cozumel, Mexico, the Coast Guard said. 'Our deepest condolences to the families of the nine people who recently did lose their lives,' said Coast Guard Captain Mark Gordon, who heads enforcement for the Coast Guard 7th District. 'Unfortunately, tragedy is all too common when taking to the sea in homemade vessels with no safety or navigation equipment.' Coast Guard officials also repatriated 42 other migrants to Cuba on Friday, as a result of two interceptions during the week. - See more at: http://www.skynews.com.au/news/world/nthamerica/2016/03/19/us-cruise-ship-rescues-cuban-migrants.html#sthash.ZYohVeLe.dpuf

Call at Skagen skipped due to stormy winds

Due to strong southern winds with speeds of up to 16 m/sec the "Brilliance of the Seas" had to skip the scheduled call at Skagen on May 28, 2015, and continued its voyage from Stockholm to the final port of the cruise, which was Harwich. The next scheduled call of a cruise ship to Skagen was on June 1 when the "Silver Whisper" with 342 passagengers on board will arrive from Gdanks before continuing to Copenhagen in the evening. r