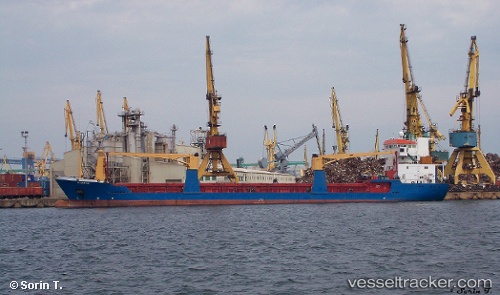 The Port Authority of Rhodes was informed in the evening of Sep 20, 2021, that a 47-year-old crew member of the "C Horse", which was anchored outside the port of Rhodes, he needed immediate hospital treatment. Immediately a lifeboat was deployed to disembark the patient. He was transported to the new marina of Rhodes, where he was picked up by an ambulance and transported to the General Hospital of Rhodes for treatment.

The "C. Horse" experienced a technical failure at the northern entrance of Istanbul Strait on Feb 3, 2018. The vessel's strait passage permission was temporarily cancelled. The ship shifted to the Turkeli anchorage 4.98 nautical miles from Buyukdere in position lat 41 15 57.35N, long 29 03 38.9E, where repairs were commenced by the crew. The ship was en route from Constantza to Tripoli in laden condition.

On July 7, 2014, an officer of the "C Horse" was detained or arrested by Thessaloniki Authorities for having fake certificates, odin.tc reports. The certificates had been issued by North Korea and by the Republic of Togo, the Flag State of the vessel which was docked in Thessaloniki since July 2.