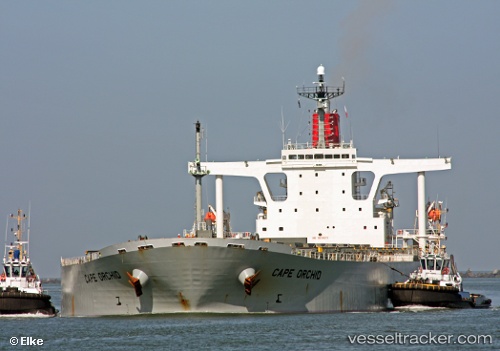 On June 30, 2017, at 3.58 p.m. the NSRI Port Elizabeth launched the "Spirit of Toft" to rendezvous with the "Cape Orchid" which was anchored 3,5 miles off Port of Port Elizabeth to medevac a 41 year old Filipino crewman which had fallen ill. The operation was carried out without incident and on arrival in Port an EC Government Health EMS ambulance transported the patient, in a stable condition, to hospital for further treatment.

Three South Africa youths made history in South Africa’s maritime economy sector at the weekend when they boarded the country’s first registered cargo ship since the dawn of democracy. Similarly, the city of Nelson Mandela Bay also marked its name in the country’s maritime sector’s history books when it was confirmed as the home of the country’s first registered vessel since 1985. The city is already home to the country’s first higher education and research institute, the SA International Maritime Institute (SAIMI) based at the Nelson Mandela Metropolitan University. The youths, two from the Eastern Cape - Samkelo Ndongeni (25) a deck cadet from Ngqushwa near King Williams Town, and Thembani Mazingi (24) an engine cadet from Cofimvaba, and the third from Nelspruit, Mpumalanga; Gordon Sekatang (26), also an engine cadet - were taken on board the newly registered vessel at Saldanha Bay Friday for a hands-on ship management practical training scheduled to last six months. The trio’s first travel aboard the Cape Orchid – a 32 day one way journey went underway at the weekend to China where the 279m long cargo vessel will off-load some 170,000 tonnes of iron ore - the vessel's first trade cargo from South Africa since its registration under the country's flag. http://www.marinelink.com/news/registered-cargo-first398584.aspx