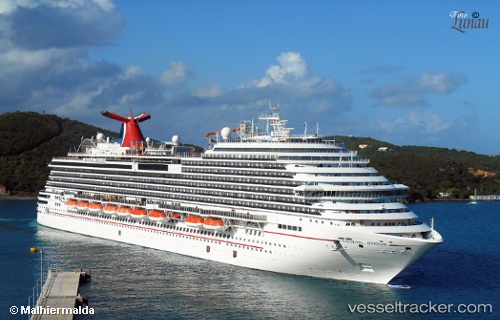 Cruise shortened due to delay

Carnival Cruise Line has informed passengers booked on the 'Carnival Breeze' that the April 30 sailing from Galveston has been shortened. After a transatlantic journey from dry docking in Cadíz, the vessel is delayed in arriving back in Galveston, Texas. The ship’s first voyage from the Port of Galveston has been shortened from a five-day cruise to a four-day cruise. Carnival Cruise Line said, “The ship will be arriving into Galveston a day later than scheduled. As a result, the voyage will now operate as a 4-day cruise departing on Sunday, 05/01/22, with a visit to Cozumel, Mexico.” The vessel was scheduled to sail a five-day itinerary departing on April 30, including calls Progreso and Cozumel. The shortened cruise will now be departing a day later on May 1, and will only include a port of call in Cozumel. With the departure of the 'Carnival Breeze' on May 1, it has also resulted in the need to use the same cruise terminal as the 'Carnival Dream', which is also departing on May 1.

The Coast Guard medevaced a crew member from the 'Carnival Breeze' 12 miles off Galveston, Texas, on Jan 28, 2022. Coast Guard Sector Houston-Galveston command center watchstanders received notification at 12:30 a.m. from the ship that a female crew member was ailing and in need of medical assistance 140 miles offshore. Watchstanders consulted with the duty flight surgeon, who recommended a medevac, and directed the cruise ship to alter course and head ashore. A 45-foot Response Boat–Medium crew from Coast Guard Station Galveston launched to assist. The RB–M rendezvoused with the 'Carnival Breeze', embarked the woman and transferred her to emergency medical services personnel waiting at Station Galveston. Report with photo: https://coastguardnews.com/coast-guard-medevacs-crew-member-from-cruise-ship-off-galveston/2022/01/28/

The 'Carnival Breeze' diverted from its course to come to the aid of a sailboat in distress in the Gulf of Mexico on Nov 4, 2021 at approximately 1:00 a.m. The ship previously had received a mayday call while returning to its home port of Galveston, Texas after a five-night cruise to Mexico. The U.S. Coast Guard also dispatched a helicopter to search for the sailboat, which was approximately 70 miles off Galveston. The skipper of the sailboat reported that he had injured his back and required assistance. There were also two passengers and two dogs on board the boat. After locating the yacht , the crew of the cruise ship lowered one of its lifeboats and maneuvered it alongside the sailboat. The three people aboard along with their dogs were transferred onto the vessel, where the ship’s doctor provided medical assistance to the injured sailor. All of them were taken to Galveston where they disembarked with the passengers. The U.S. Coast Guard warned mariners that the sailboat remained adrift in the Gulf of Mexico.