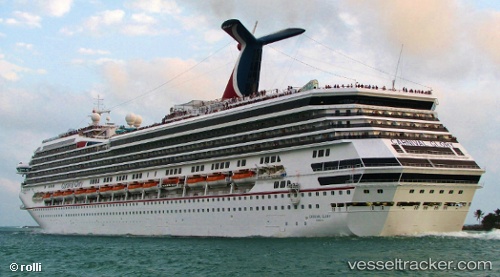 The 'Carnival Glory' will house hospital staff, first responders and other emergency workers in New Orleans to help with recovery efforts after Hurricane Ida. The cruise line announced on Sep 6, 2021, that it had made an agreement with the city and the Federal Emergency Management Agency to provide the ship through Sep 18. The 'Carnival Glory' arrived at the Port of New Orleans on Sep 3, underwent the required US Coast Guard inspection and began bringing aboard the food, water and other supplies needed for up to 2,600 people. Ida had made landfall as an extremely dangerous Category 4 hurricane on Aug 29, near Port Fourchon, Louisiana, about 100 miles south of New Orleans, and caused widespread devastation along the Gulf Coast before it swept into the Northeast causing tornadoes and deadly flash flooding. The 'Carnival Glory' plans to resume cruising to the Eastern Caribbean from New Orleans on Sep 19.

Jamaicans to be repatriated

The 'Carnival Glory' with hundreds of Jamaican crew members aboard docked in Falmouth on May 25 at 6 a.m. Their return was part of the Government’s stated objective to bring home all nationals stranded at sea before the tentative date of May 31.The ship sailed for Mexico and Belize last week. Minister of National Security Dr Horace Chang confirmed the scheduled docking while giving assurance of the Government’s intention to repatriate all Jamaicans. All repatriated crew members will be tested for the coronavirus. Those who return positive tests will be placed in Government quarantine facilities, while crew members whose tests are negative will self-quarantine at home.