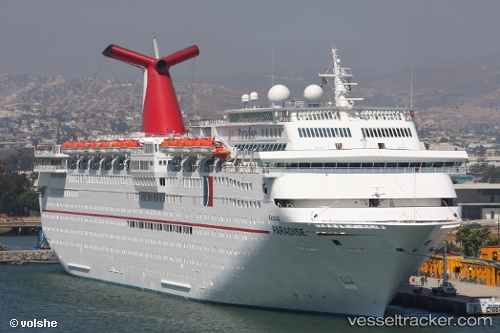 Carnival Cruise Line rerouted the 'Carnival Paradise' back to Cayman in the morning of March 3, 2020, after talks with Deputy Premier Moses Kirkconnell. The vessel had initially been scheduled to visit Grand Cayman, but the cruise line had altered its itinerary to bypass the island. However, after talks with Kirkconnell, who was also the tourism minister, the cruise line changed its mind and the ship arrived after all. The Ministry of Tourism on Tuesday dismissed reports circulating that Carnival Cruise Lines had dropped the Cayman Islands from its Western Caribbean itinerary. The Ministry continued to work collaboratively with cruise line partners and was adhering to established medical protocols with respect to the docking of cruise ships and landing of cruise ship passengers. The Ministry of Health, public health officials and the management of the Health Services Authority confirmed March 3 there are no cases of the coronavirus in Cayman. The 'Carnival Paradise' was one of four cruise ships in port in George Town on that day. Despite bringing this ship to Cayman, Carnival has dropped the Cayman Islands from the itineraries of two of its other ships this week

The "Carnival Paradise" has come to the rescue of the sailor of a sinking boat on May 18, 2019. The cruise ship was heading back towards its homeport in Tampa, Florida. The boat sent a distress call 13 miles north of Cozumel. The cruise ship diverted and immediately activated its rescue procedures which included the launch of lifeboat 15. The man was found in the water and brought on board the "Carnival Paradise". He was provided with food, water, and medical treatment. A rescue boat arrived from the Mexican Coast Guard to take him back to land. The "Carnival Paradise" was on a 4-night cruise which departed Port of Tampa on May 16. The ship’s only port of call was in Cozumel on May 18. Report with photos: https://www.cruisehive.com/carnival-cruise-ship-rescues-two-sailors-from-sinking-boat/31852