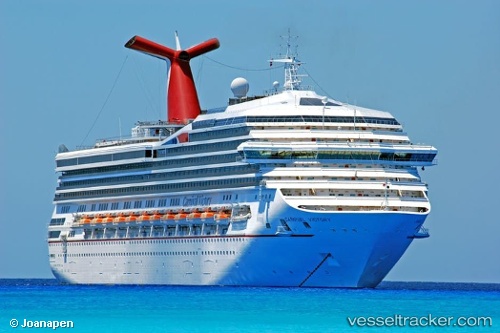 A group of 228 crew members of Indian nationality from the 'Carnival Victory' was repatriated on June 5, 2020, from Sevilleon a charter flight after spending almost three months confined inside the ship. Initially they were to be transferred to the 'Carnival Breeze', which docked on May 21 at the commercial dock in Cádiz. But the owner decided at the last minute to only repatriate a group of 102 people, since he had planned a charter flight for a more efficient repatriation of the Indian crew. The consignee supervised the disembarkation and the transfer of the crew to the Seville airport in nine buses in order to avoid setbacks and ensure that the operation is carried out respecting all the security measures imposed by Foreign Health and the different authorities. The 'Carnival Victory' had arrived in Navantia Puerto Real on March 12, in the midst of the coronavirus epidemic, coming from the port of Miami, with more than 3,000 people on board. With the suspension of the Navantia activity, the overhaul of the ship was postponed and it remained moored at the dock of the shipyard, as it did not enter the dry dock. The shipowner was gradually taking off the personnel, although the closure of airports and roads made it more and more difficult for them to leave. Most of them already left the shipyard on April 2 with thirty buses, which took them to Malaga airport. The cruise ship will remaind docked at the Navantia facilities waiting for the owner to decide to resume the work, valued at more than 170 million euros, and similar to the one that the 'Carnival Triumph' underwent last year.

The transformation of the 'Carnival Victory' into the refurbished 'Carnival Radiance' at the Navantia yard in Cádiz was suspended and the European cruises that the ship was going to make were canceled. Carnival Cruise Line made the decision based on the stop of shipyard activity and the travel restrictions due to the coronavirus pandemic. Now Carnival has had problems repatriating the 1,500 workers from 60 different countries who were on board to work on the ship while Navantia was trying to reschedule lost jobs for the summer. Start of March, the 'Carnival Victory' set sail from Miami to Cádiz for a stay of 38 days in dry dock to become the 'Carnival Radiance' after a refurbishment of USD 200 million that considered the total renovation of the ship. Regarding the itineraries of the 'Carnival Radiance', after being remodeled, the ship was scheduled to debut in Barcelona on April 29 on a 10-day maiden voyage, and then start nine and 12-day Mediterranean cruises. The ship would later relocate to New York to offer four to nine-day cruises to Bermuda, the Caribbean, and eastern Canada, as well as five to seven-day trips from Norfolk.

Search for man who fell over board suspended

Th USe Coast Guard suspended its search for a 23-year-old man who fell off the 'Carnival Victory' near Cuba in the night of Nov 14, 2019. Brandon Paul, 23, of Floral City reportedly went overboard from the eighth deck of the cruise ship 33 miles northwest of Pinar Del Rio about 3 a.m. The cruise ship launched a boat and the Coast Guard sent an airplane from the air station in Miami and diverted the cutter 'Sexton' to the search area. Because of the location, the Cuban government was also assisting in the search. Rescue crews searched for more than 16 hours covering 3,469 square miles.