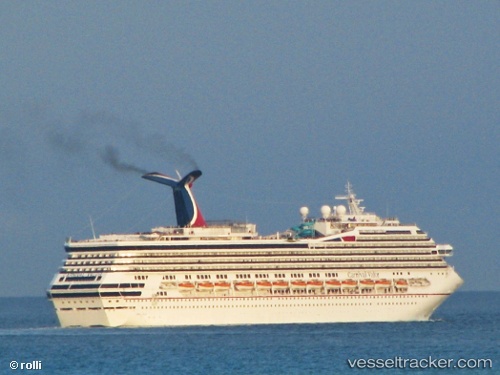 The US Coast Guard medevaced a 29-year-old female from the 'Carnival Valor' in the evening of Dec 3 on the Mississippi River near Port Sulphur, Louisiana. Coast Guard Sector New Orleans watchstanders received a call at approximately 7:10 p.m. that a crew member was in need of immediate medical care. Sector New Orleans watchstanders coordinated the launch of a Coast Guard Air Station New Orleans MH-60 Jayhawk helicopter aircrew to assist. The aircrew arrived on scene, hoisted the woman and transported her to West Jefferson Medical Center in Marrero, Louisiana. The patient was last reported to be in stable condition.

A passenger missing from the 'Carnival Valor' in the Gulf of Mexico was found and rescued on Nov 24, 2022. He was responsive and trasnferred to awaiting emergency medical personnel at the New Orleans Lakefront Airport. He had last been seen at a bar in the night of Nov 23. His sister reported him missing on Nov 24 at noon. The cruise ship retraced its route before being released by the USCG and resuming its voyage from New Orleans to Cozumel. After the alert was raised at 2.30 p.m., the USCG launched an SAR operation. The crew of the bulk carrier 'Crinis' (IMO: 9598165), en route to New Orleans, spotted the man in the water, and an MH 60 Jayhawk helicopter was zeroed in and hoisted the man who was brought to hospital in stable condition.

The US Coast Guard medevaced a 60-year-old male passenger of the 'Carnival Valor' in the evening of April 9, 2022, approximately 2 miles south of Venice, La. Coast Guard Sector New Orleans watchstanders received a call from the cruise shi at 9:54 p.m. reporting a passenger had experienced stroke-like symptoms. Watchstanders coordinated the launch of a Coast Guard Air Station New Orleans MH-65 Dolphin helicopter aircrew. The aircrew arrived on scene, hoisted the passenger and transferred him to Tulane Hospital. The passenger was last reported to be in stable condition.