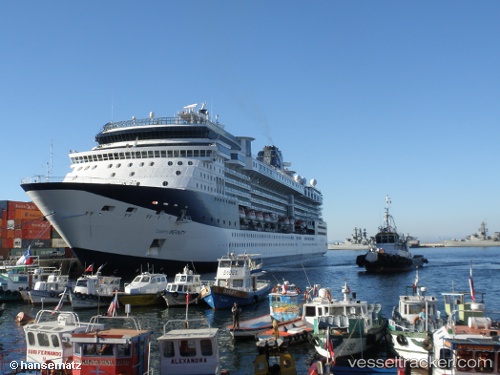 The 'Celebrity Infinity' with around 1450 stranded Goan seafarers arrived at the MPT cruise terminal in Mumbai on June 18. Swab samples of the seafarerswere taken and tested for COVID and based on the outcome of the results further action will be initiated as per the SOP. The seafarers who arrived today were stranded in Mumbai for some days. Prior to the arrival at Mumbai the ship had visited Greece and Cyprus. The Directorate of Health team and medical experts visited the cruise ship.I was hoped to complete the collection of swab samples in the evening or on June 19. Due to rough weather conditions and heavy rainfall not much could be done in the first half of the day, besides the ship was delayed by almost two hours. After the collection of samples is done the seafarers will go back on the ship and will stay there until the swab test results are declared. If the test results are COVID positive then action will be initiated as per the SOP and if results are negative then they will be sent home.

The 'Celebrity Infinity' is currently on its way to the Loire estuary. The ship comes to recover a few hundred crew members who have completed their quarantine on May 21. By the end of March, the first seven cases of COVID-19 had been detected among the more than 1,400 crew members and contractors on board. Ten days later, more than 200 people tested positive, and a few had to be hospitalized. Since then, the shipowner RCCL has gradually repatriated the personnel to their home countries by plane, when possible. There were no more patients on board and the containment order was lifted last week. Just over 500 people were remaining on the 'Celebrity Apex', and about 300 were expected to leave Saint-Nazaire aboard the 'Celebrity Infinity' in the evening of May 21. The ship must dock at the container and general cargo terminal in the middle of the morning and then depart for La Rochelle first. Only the captain and a reduced crew will remain on board.

A crew member of the 'Celebrity Infinity' has passed away on April 2, 2020. The person’s cause of death was not specified. The ship, which is currently lingering off the west coast of Florida, has been under lockdown since at least March 28 following confirmed cases of coronavirus among the remaining crew members onboard. A sick crew member was evacuated off the cruise ship on April 4, one of several medical evacuations off cruise ships this week. The Coast Guard, which helped with the evacuation from the ship, said the patient had COVID-19. The medical evacuation was recommended by a Coast Guard flight surgeon.