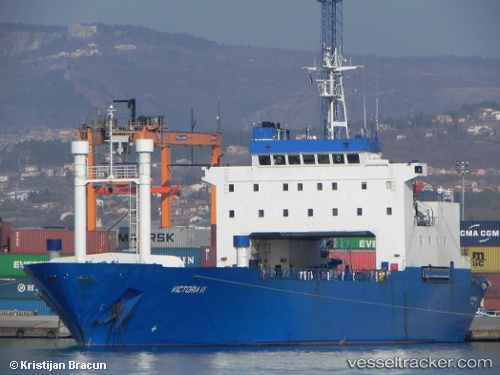 In a statement issued this morning, August 16, 2012, the Police said two groups of migrants were brought in by the AFM in the early hours of this morning. The first group consisted of 90 migrants, including 11 women. The second group consisted of 59 migrants, including 9 women. It added that 2 dead bodies were also brought in by the AFM. The first group of migrants was rescued by a merchant ship some 70 miles to the South West of Malta. The ship - Victoria 6 - communicated to Malta's Rescue Coordination Centre, that a number of migrants, found to be drifting on a sinking dinghy were in a serious condition, and had two bodies on board. The captain accepted to take the migrants on board, but two reportedly fell into the water as they were being taken aboard. A subsequent search for them yielded no results. http://www.maltatoday.com.mt/en/newsdetails/news/national/160-migrants-rescued-four-dead-20120816

Thy ferries ask for liquidation

The board behind Thy Ferries has asked the National Agency for Enterprise and Companies Agency for a compulsory liquidation of the company, because it lacks capital and not see any opportunities to bring in new funds for continued operation. It is a fact now after a spring in which a number of small shareholders behind company attempted to operate a ro-ro ferry between Hanstholm and Kristiansand. Initial capital of SEK 4.5 million is exhausted without the success in creating enough traffic to sustain the route. First sailing with the Ro-Ro vessel Clare, which unexpectedly was canceled in early March and was replaced by Victoria VI, which after a few weeks was stopped in a labor dispute between the ITF and the Ukrainian management company. Source : sjofartstidningen.se

Thy Ferries by Apr 20, 2011, halted its sailings between Kristiansand and Hanstholm after the collaboration between Thy Ferries and the owners of the "Victoria IV" has ceased with immediate effect on Apr 20, 2011. Departures since March have been through Thy Ferrie's subsidiary TF Cargo. The "Victoria IV" is owned by the Danish shipping company Cargo-Link and is manned by a Ukrainian company management. Danish trade unions have announced actions against the ship because of lack of salary payments to the crew. The Danish Seamen organization 3 F also has demanded that the crew will receive a payment of 20,000 Danish crowns per month and not 9000 as today. Thy Ferries has rejected the claim, and the Danish trade unions have announced actions.