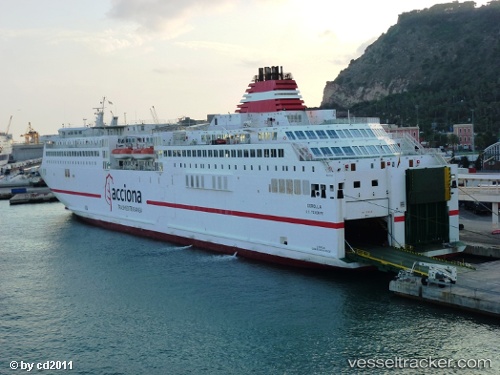 A Moroccan with a Residence Card in Spain has been arrested in Melilla when he intended to board the 'Ciudad de Granada' on Nov 20, 2019, with more than 86 kilograms of hashish hidden in the fuel tank and in double bottoms of his vehicle. The arrest has taken place within the framework of the operation against drug trafficking in the Commercial Port of Melilla, during fiscal inspections and records on vehicles that were in the pre-shipment of the ship which was bound for Almeria. The Dock Section Registration Team proceeded to the selective registration of a vehicle, Peugeot brand, model 3008, occupied only by its driver, on which they made a first inspection and appreciated a detail of police interest that led to a second in depth in the area of ​​the fuel tank. However, once a second in-depth examination was carried out, the agents found a double bottom made inside the tank and in other areas, such as the lower part of the front and the rear wings. The Civil Guard located up to a total of 147 packages of different shapes and sizes that contained a substance of greenish color, which turned out to be hashish pollen, which contained a high concentration of the active substance of such drugs from cannabis. The total of the localized and intervened drug shed a weight of 86,700 grams. The driver was a 36-year-old male of Moroccan nationality, who has a community residence and residence card in the City.

In the night of Dec 2, 2017, the "Sorolla" serving the service Melilla-Alméria, allided with the quay during docking maneuvers in the port of Alméria after having been caught by a strong wind gust.No passengers were injured, but the ferry suffered substantial damage forcing it to remain docked for the time being. The departures from Alméria to Melilla on Dec 3 were cancelled and affected passengers had to be relocated onto other ferries of the company Transmediterranéa and other shipping companies or got their tickets refunded. On Dec 4 a replacement ferry was inserted by the company.

Acciona has reached an agreement to sell its 92.7% stake in Trasmediterranea to the Naviera Armas Group. Acciona's stake is being sold for 260.4 million euros, and the buyer will assume 127.3 million euros of debt owed by Trasmediterranea to Acciona group companies. The final price could increase by up to 16 million euros as a function of the combined group's future EBITDA performance. This transaction sets the company's enterprise value (100%) at between 419 and 436 million euros. The deal will foreseeably be completed in the first quarter of 2018, once it has been approved by the Spanish competition authorities. https://www.marinelink.com/news/trasmediterranea-naviera430717