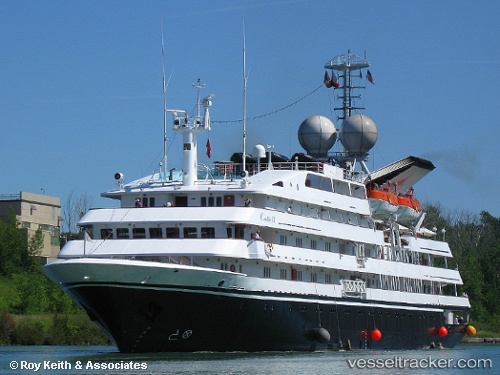 A female crew member of the "Corinthian", which was en route to the port of Harlingen broke her arm in the morning of Sep 9, 2015, in an accident. The woman had to get as quickly as possible to shore for treatment, and the lifeboats of Terschelling and Harlingen were alerted. The lifeboat "Wiecher" took emergency medical personnel on board to provide the most direct medical assistance. The woman could be taken on board of the lifeboat to be subsequently transferred to the MCL. Photo: https://pbs.twimg.com/media/COcf2lhWoAATouG.jpg:large

ORION II, whose inaugural call into Singapore last August marked the start of Orion Expedition Cruises’ foray into South-east Asia (TTG Asia e-Daily, August 31, 2011), will no longer fly the Orion flag come this November. Sarina Bratton, founder and managing director of Orion Expedition Cruises, explained in a press statement that the cruise line had not been satisfied with some performance aspects of the vessel. Orion II’s upcoming scheduled sailings to Borneo, the Russian Far East, Japan, Vietnam and China will continue as planned, but the ship will be handed back to its owners, Travel Dynamics International, in November. Orion Expedition Cruises’ other vessel, Orion, will be redeployed to operate the cruise line’s South-east Asia itineraries in 2013, while the hunt is on for a new ship to replace Orion II. http://ttgasia.com/article.php?article_id=3253