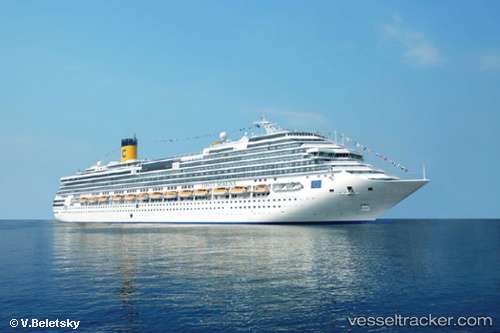 Citing urgent guidelines from the Chinese goverment to combat the spread of the coronavirus, Costa Crociere, MSC, Royal Caribbean and Genting Cruise Lines have immediately suspended cruise operations in mainland China. Costa has cancelled sailings on the 'Costa Serena' for Jan. 25 and 31, 2020; the 'Costa Atlantica' on Jan. 27 and 31; the Costa Venezia' on Jan 26. and Feb. 2 and the Costa neoRomantica' on Jan. 25, 30 and Feb. 2. Costa Cruises said guests are eligible for a full refund; or can choose an alternative sailing date before the end of the year along with a $50 onboard credit. MSC cancelled its Jan. 28 departure aboard the 'MSC Splendida' from Shanghai, which was scheduled to sail four nights; while Royal Caribbean cancelled its Jan. 27 sailing on the 'Spectrum of the Seas', also scheduled to depart from Shanghai. Travel agencies have been instructed to stop group tours, which make up most of the Chinese cruise industry. In addition, China halting outbound group could have an effect on the industry's reliance of China as a source market for ships sailing in Europe, Alaska and North America. Genting's Dream Cruises brand has cancelled a turnaround call in Guangzhou for the 'World Dream', but will continue to operate from Hong Kong, according to a statement as the ship interports between both homeports. Other operators with a presence in China during the winter included the 'Astro Ocean', which has yet to issue any statements regarding close-in deployment, but could follow suit during the high-yielding weeks of Chinese New Year.

The "Quantum of the Seas" and the "Costa Serena" had to interrupt their approach to the Wusongkou International Cruise Terminal on May 11, 2017, after 37 containers loaded with waste paper scrap fell from the deck of the cargo m/v "Shungang 19" into the Yangtze River near Shanghai’s Wusongkou port in the night of May 10, blocking the waterway and stranding 13.000 passengers. The boxes overturned and dropped into the river at 9:57 p.m. while the "Shungang 19" loaded a total of 129 containers. Six containers have been salvaged after the rescue center with the Shanghai Maritime Safety Administration dispatched 11 salvage ships, six tugs and 11 patrol boats to search, position and salvage the containers from the river. Two survey boats including the "Haixun 1668" from the center were scanning the waterway near the Wusongkou port to ensure the safety of other ships and boats in the Yangtze and Huangpu rivers. The waterway for cruise liners has been closed temporarily at the Wusongkou port due to the accident. The "Quantum of the Seas" and the "Costa Serena" had to anchor about two kilometers away. Some 13,000 passengers were scheduled to arrive or leave the terminal with the cruise ships. The terminal has been organizing the stranded passengers to rest and wait for the reopening of the waterway. Other passengers were suggested to wait for updated information before heading to the terminal. All the lost containers were expected to be removed in the run of the day. Report with photo: http://www.shanghaidaily.com/metro/Containers-fall-off-stranding-cruise-ships-and-passengers/shdaily.shtml

The long-awaited Costa Serena celebrated its maiden call at the Shanghai Wusongkou International Cruise Terminal on April 24. The launch event was attended by Buhdy Bok, President of Costa Asia, Costa Cruises Pacific & China, and distinguished guests from the local government, trade partners and media. Costa Serena’s arrival iincreases capacity in the region by 74 percent, satisfying the rapidly growing demand and further remaining as a leader in Chinese market. “The addition of Costa Serena reinforces Costa Cruises’ leadership position in China’s fast-growing cruise market. After 9 years of successful operations and explicit support and encouragement from the Chinese government, Costa Cruises will continue to expand its offerings and satisfy the demands of the China market, ” said Michael Thamm, CEO of Costa Crociere S.p.A.