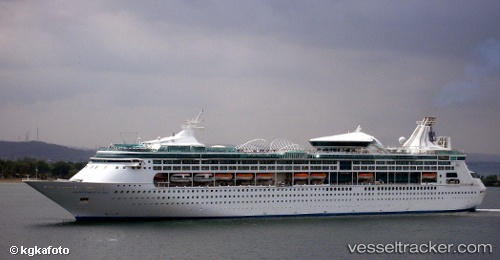 Cruise ship workers will be moved to quarantine facility

The Ministry of Health has decided not to discharge cruise ship workers from the 'Enchantment of the Seas'. Instead, they will be moved to a state-quarantine facility to be monitored for another short incubation period beginning on June 30. This decision was taken after nine Covid-19 cases were recorded on the ship. A release by the ministry said this move was made “out of an abundance of caution,” and “this step is being taken to ensure the continued safety of these nationals, their families and the population at large.” In the first swab, on June 14, six people tested positive. Days later, another four people were taken off the ship for non-Covid19 medical issues. The group was swabbed on June 25 and was expected to be released on June 27, once a second negative was recorded. But on June 26, an additional case was reported and in less than 24 hours, two more cases were confirmed. They were transported to the Caura Hospital. The ministry said after a meeting with the Ministry of National Security, management of the Enchantment of the Seas, and the Port Authority, it was decided to move the group off the ship and on land, to a state quarantine facility. “This is to facilitate the continued monitoring of these nationals. The nationals will be held in quarantine, for a short period, where another round of PCR tests will be conducted during this week. “Upon receipt and review of these results, a determination will be made as to when they can be safely reunited with their families."

Two more crew members of the 'Enchantment of the Seas' have tested positive for COVID-19, bringing the number of cases from the cruise ship to nine on June 27. They were to be sent to the Caura Hospital with the other seven cruise workers. Six of the 300-plus crew had tested positive on their arrival on June 14, while another of them tested positive on June 26.

Just one day away from reuniting with their families and friends, 295 Trinidad-Tobago nationals on board the 'Enchantment of the Seas' were swabbed in the evening of June 25 in Port of Spain. They were now awaiting their second covid19 negative result. Once they get one, they will be released on June 27. The vessel docked at the Port of Spain International Waterfront Centre around 3.40 p.m. and groups of ten were allowed to disembark to be swabbed. They were then escorted back to their cabins before another group was taken off. By 5.40 p.m. half of them had been swabbed. Initially, the group was supposed to be tested on June 24 but a protest by port workers prevented it. In the first swab, on June 14, six people tested positive for COVID 19. They were sent to Caura Hospital for treatment. Days later another four people were taken off the ship for non-coronvirus related medical issues. The group includes cruise line workers who were left at sea when the pandemic led to the closure of airports and ports in many countries. Some of them have been stranded for almost three months, asking the government for an exemption to return home. Those on the 'Enchantment of the Seas' were the third group of cruise ship workers to receive an exemption from Minister of National Security Stuart Young to return home. On June 4, 26 people returned to Trinidad onboard the 'Carnival Fantasy' and were kept in state quarantine at the Home of Football in Couva. Six musicians returned on May 23 after two months aboard the 'Caribbean Princess'. They were kept at the Debe/Penal UWI campus and were released after their 14-day quarantine.