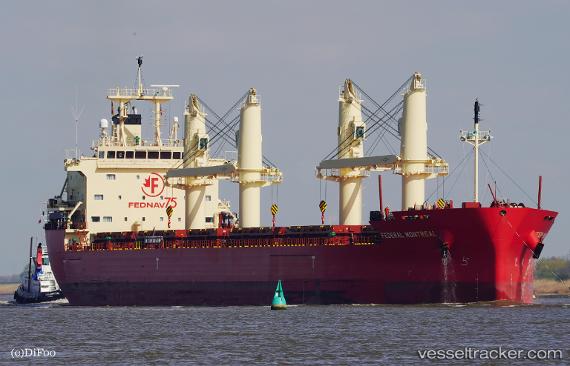 The 'Federal Montreal' suffered damage to its hull upon dragging its port side anchor while approaching the lock wall at Iroquois on Dec 16, 2021, at 10.10 p.m. The ship suffered water ingress into its ballast water tank no. 1 at port side. The ship berthed in Montreal on Dec 20.

A crew member of the 'Federal Montreal' fell ill while the vessel was en route from Hamilton, Ontario to Spain. The vessel was diverted to Conception Bay once a doctor advised that he would need to seek medical assistance. She dropped anchor on May 3, 2021. The man was taken to hospital in St. John’s and diagnosed with Covid-19. None of the remaining 21 crew members, all of whom were Indian nationals, had any direct interactions with people on shore. The vessel will remain at anchor in Conception Bay. Arrangements have been made to supply the vessel with needed PPE and cleaning supplies as well as oxygen in case the crew needs it. The federal government, through the Public Health Agency of Canada, was coordinating the response to the vessel. As of May 3, 13 people have tested positive for COVID-19. The ship left Montreal on April 26. It is now anchored about 25 kilometres west of St. John's.

In a recent ceremony at Oshima Shipbuilding Co. Ltd., Canadian dry bulk shipping company Fednav Limited (Fednav) took delivery of Federal Montreal, its latest newbuild bulk carrier. The vessel is the 50th Fednav vessel classed by DNV GL, the company said in its release. The 34,500 dwt international ice-class vessel Federal Montreal is one of six DNV GL classed newbuild bulk carriers contracted to Oshima Shipbuilding as part of Fednav’s vessel replacement program. The ship is designed to emit 30 per cent less greenhouse gases than similar vessels and is equipped with an Optimarin ultraviolet ballast water treatment system. Upon joining the fleet of Canada’s largest international bulk shipping company – which celebrates its 75th anniversary this year – the vessel will trade internationally, as well as in the St. Lawrence River and the Great Lakes region.