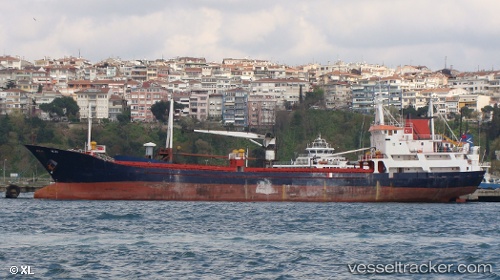 On Nov 24, 2010, the Turkish "Aksoylar 1" (IMO: 5132901) collided with the "Gazze" in the Istanbul Strait at the Southern anchorage area, both vessels were slightly damaged, however, without spills or water ingress reported. odin.tc

The "Gazze", which was one of the Turkey's Gaza-bound aid ships that were attacked by Israel on the May 31, 2010, raid, will carry aid to flood-hit Pakistan. The ship "Gazze" will deliver humanitarian aid to flood striken Pakistan such as medicine, baby food, grain, cleaning supplies, clothes, tents, blankets, prefabricated homes, generators, kitchen utensils, diapers. Waiting at the Iskenderun Port of Turkey as for now, the ship will carry 3 tonnes of aid to Pakistan after UN inspection team finishes its work for the international committee to probe deadly raid. The "Gazze" is expected to sail in a couple of days.