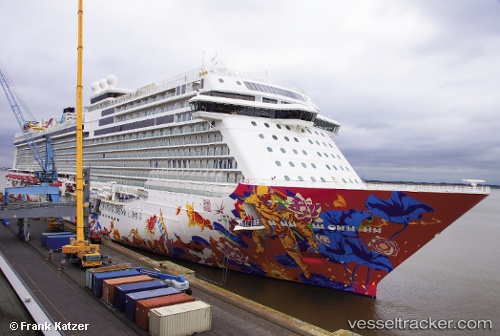 More thant 100 passengers from Singapore and Malaysia who were booked on the 'Genting Dream' were unable to board after they were informed that the trip had been overbooked. The vessel was due to depart Singapore on Sep 4, 2022, call at Port Klang on Sep 5, Penang on Sep 6, back to Singapore on Sep 7, before returning to Port Klang on Sep 8. More than a hundred passengers were unable to board the ship at the Marina Bay Cruise Centre here on Sep 4. Some passengers from Malaysia were also told the same on Sep 5, but it is not clear how many were affected. All affected guests will receive a full refund. They will also receive a complimentary cruise on the 'Genting Dream' for sailings before April 28, 2023, subject to cabin availability. Some guests with confirmed reservations will be affected and may be denied boarding at the Port Klang cruise terminal.

A 10-year-old Singaporean boy drowned in the swimming pool of the 'Genting Dream' which was docked at Star Cruise Jetty in Langkawi on Nov 18, 2019. Heng Kai Lun Alan was found unresponsive in one of the swimming pools. Despite a medical team aboard the ship providing medical assistance to the child, including performing cardiopulmonary resuscitation, the boy could not be revived. The Padang Matsirat Police Station received an emergency call regarding the drowning incident at 7.30 p.m. The boy's body was taken to Sultanah Maliha Langkawi Hospital. Dream Cruises was cooperating with the relevant authorities on the incident and provided all the necessary assistance to the family members. The boy was on vacation with his mother and a friend onboard the ship that had sailed from Singapore on Nov 17 for a three-night cruise. The ship departed for Phuket on Nov 18 at 10.30 p.m.

The 'Genting Dream' responded to a sinking boat in distress and performed an SAR operation off the coast of Tanjung Pelepas in Johor, Malaysia, on Nov. 1, 2019. After being informed by Johor’s Vessel Traffic Information System (VTIS) in the early morning o of the sinking boat, Captain Jukka Silvennoinen and his crew saved three men and brought them aboard the cruise ship, where they received special medical care and assistance. The men men were subsequently transferred to a Malaysian Coast Guard vessel where they were transported safely back to shore. Repoort with photos: https://www.cruiseindustrynews.com/cruise-news/21849-genting-dream-to-the-rescue.html