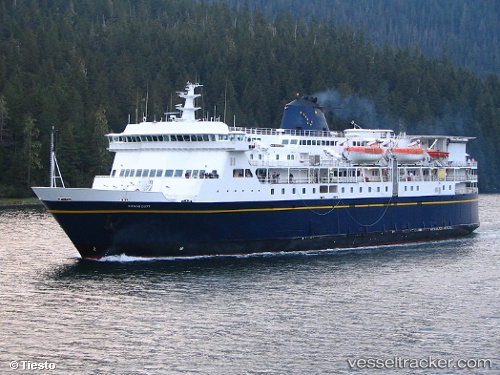 The crew of the "Kennicott" rescued five people after a small boat capsized in the morning of Aug 23, 2019, near Bella Bella, B.C. in the Inside Passage. The ferry responded to a distress call that the 26-foot boat was sinking near Humchitt Island about 200 miles south of Prince Rupert and dispatched its fast rescue boat. There were six people on board and all but the captain made it safely to shore on Humchitt Island. The skipper remained missing, the boat was partially submerged. The SAR operation delayed the ferry by about four hours. The "Kennicott" cut its time in port short to get back on schedule.

Ferry delays caused by mechanical problems and weather have left 20 Kodiak-bound vehicles stranded in Homer. The "Kennicott" was delayed for more than 33 hours. A computer issue with the M/V Kennicott’s vehicle elevator started the problem. Once that was fixed, Landau said bad weather caused further delays to the vessel on its trip back to Kodiak. The ferry eventually left Homer, and passengers were able to board, but a lack of space meant that some of the freight had to be left behind. Items left will be transported on the ferry’s next sailings, April 21-22.

Passengers will be heading to Kodiak from Homer after electrical problems caused delays for the "Kennicott", impacting passengers and risking the livelihoods of commercial operators. The affected passengers were transported on the ferry in the night of April 9, 2018, while many of their vehicles will be transported on the next sailing from Homer on April 21. Some passengers chose to give up their tickets to essential travelers to Kodiak. It's unknown the exact impact that the delays could have on commercial operators, said Landau. Officials with the Alaska Marine Highway System debated how best to solve the problem of the people and vehicles stuck in Homer. It was ultimately decided to cram as many vehicles as possible that were essential for travel for the April 8 sailing and then take the rest almost two weeks later. Staging vehicles at the terminal will be allowed until April 21 and fees were waived for changing or cancelling tickets. The problem started on April 6 when the elevator used to get vehicles on and off the "Kennicott" broke down and the computer processor was fried. The delay lasted for 33 hours as experts were brought in to fix the problem. Not only did they have to replace an electrical component, but the computer system then had to be completely re-coded as well. The ship is now up and running but the knock on effects were disastrous for passengers stuck in Homer. An automated message played by the Homer ferry terminal said the Alaska Marine Highway system “cancelled the sailing that was scheduled to depart Homer at 2:00 a.m. Saturday, April 7.” Although the April 9 sailing was fully booked for vehicles, the ferry was able to accommodate a few of the stranded passengers. The "Tustumena" that also services the area was currently being in a scheduled annual maintenance and was unavailable to help.