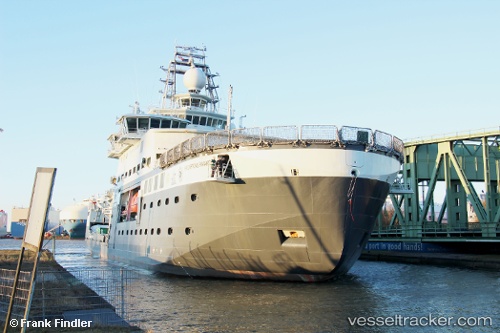 950 defiencies removed before ship was delivered one year late

After not less than 950 faults and defects were remedied, the new Norwegian research ship 'Kronprins Haakon' is now finally ready for tasks in Arctic and Antarctic waters. IT will have Tromsø as its home port. Earlier this week, the ship's owners - the University of Tromsø, the Polar Institute and the Institute of Marine Research - finally handed over the ship to the captain, after more than a year of delay and an extra cost of several hundred million Norwegian crowns. On Aug 24, 2021, it left its home port towards the Polar Sea. The ship was designed by Rolls-Royce in Aalesund, and built at the Fincantieri shipyard in Muggiano, La Spezia. The choice of a foreign shipyard provoked a lot of criticism.

“Kronprins Haakon”, the oceanographic icebreaker which will operate in the polar waters and which was built by Fincantieri for the Institute of Marine Research (IMR), the Norwegian governmental body for oceanographic research and fishing, was delivered in recent days in the Norwegian yard of Vard Langsten. After the completion of the building process at Fincantieri’s Integrated shipyard of Riva Trigoso and Muggiano, the vessel sailed to Norway for the performance of the final tests and preparation for the delivery. With a gross tonnage of 9,000 tons, more than 100 meters long, 21 wide and a speed up to 15 knots, she is able to move on independently through ice thick up to one meter. She is built according to criteria that ensure minimum environmental impact and reduced radiation of noise underwater, so as to allow studies on fish and marine mammals. Furthermore, the vessel will be able to carry out oceanographic and hydrographic research activities in any area of operation.