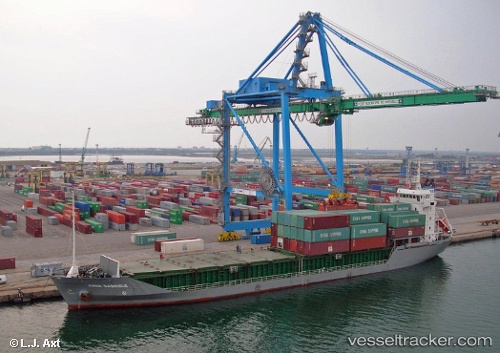 The 'Haci Semsettin Dundar', which had sailed from Liverpool on March 15, 2020, suffered engine failure in the Ionian Sea in position 36 36 00.0 N, 018 13 00.0 E, on April 2. The tug 'VB Hispania' (IMO: 9476018) was appointed to tow the vessel to Tuzla for repairs. The towing operation commenced on April 3. During the Canakkale Strait passage, a coastal safety tug provided escort service for the vessel and the traffic safety. The estimated time of arrival at Tuzla shipyard area was April 8. The ship entered Tuzla shipyard upon completion of formalities and Covid 19 control checks. Permanent repairs have commenced onboard by shore based technical teams as regards to the class surveyor further recommendations. Vessel class status temporarily suspended by classification society until completion of permanent repairs together with sea trials and performance tests. After sea trials were carried out successfully and a new set of trading documents was issued by the classification society and the flag state authority, the vessel sailed from Tuzla and arrived at Derince for loading operations on May 29.