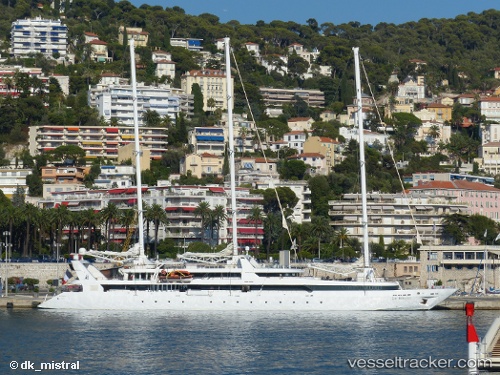 French cruise line Ponant has placed a contract for the major upgrade of its 64-passenger capacity sail cruise vessel LE PONANT at Genoa’s cruise ship refit and upgrade specialist San Giorgio del Porto (SGdP), with the work taking place over six months from November this year through to April 2020.

French shipyard Chantiers de l’Atlantique has tested its Solid Sail system on Le Ponant, a ship belonging to France-based cruise operator Ponant. The Solid Sail concept was first introduced as part of a smart cruise ship concept called Silenseas, launched two years ago by Chantiers de l’Atlantique. Two patents have been filed – in 2009 and 2017 – for the new type of sail, which is made of fibreglass, carbon and epoxy-resin panels in a carbon-slat frame. The technology aims to reduce the environmental impact of sails by reducing energy consumption tied to propulsion. “When Chantiers de l’Atlantique offered to collaborate with us on solid-sail technology, we were immediately interested,” said Jean-Emmanuel Sauvée, CEO of Ponant. “Le Ponant, the historic sailing boat behind the company, continues to be the flagship of our fleet, and sail propulsion is without a doubt an energy of the future.

Artemis, the Pinault family's company that controls various luxury brands and the sports apparel company Kering, has completed its purchase of French cruise line Ponant. A released statement said Ponant will now be able to further “ramp-up its international program … and enter a new phase in its development.” Artemis takes over from previous private equity owner Bridgepoint. “In the last three years, together we have launched and financed new ships, opened new offices in Australia and China, and acquired a leading player in the American cultural cruise market,” said Jean-Emmanuel Sauvée, CEO of Ponant, commenting on the end of a three-year relationship with Bridgepoint. “Today we are entering a new phase with a long-term shareholder who, like Bridgepoint, shares our vision and ambitions for Ponant as a global player in the high-end cruise market.” http://www.cruiseindustrynews.com/cruise-news/13138.html