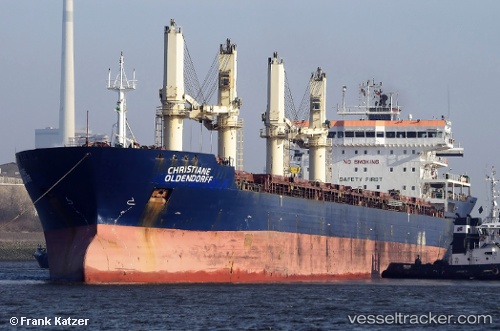 The "Ivan Lopatin" was sold at an auction in Klaipeda for 5.51 million Euros on Aug 5, 2019. The new owner of the vessel has not been named yet. Earlier it was reported that the "Ivan Lopatin" had arrived in Klaipeda for repairs. Then the crew learned that the company, which was engaged in repairing the vessel, stopped repair work because of debts. The crew members appealed to the International Federation of Transport Workers (ITF) for help and they expect to be paid salary arrears and then be repatriated. The amount of debt to the crew under the contracts was estimated at 58.0000 Rubles.

To be sold at auction

Ivan Lopatin (22070 gt, built 2010), which has been held under arrest at Klaipeda, Lithuania, since the end of October 2017 for debts, is being sold at auction. The vessel arrived at Klaipeda on Oct 27, 2017 for its repair works, which began but were terminated, due to the lack of financing by the ship owner, Murmansk Shipping Company. The first auction will be held from Jul 4 to Aug 5, with the starting price being 2.4 million euros. The vessel, although built in 2010, is in poor condition.