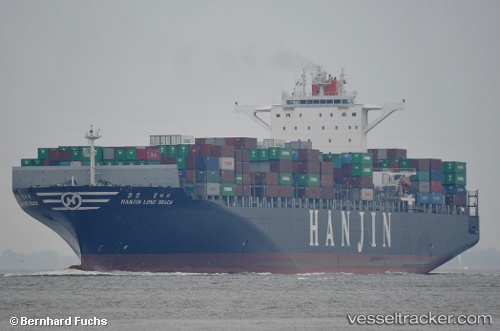 The 'DS Lotus'suffered a fire in containers, which started on Oct 6, 2020, when the ship was approaching Singapore en route from Nansha. The ship turned back and was cruising back and forth outside the Singapore Strait and Singapore Port boundaries until Oct 11. On Oct 11 the vessel moved to Singapore Raffles Anchorage and was anchored there, while fire fighting was still continuing. She was allowed to berth at Singapore container terminal on Oct 15 after the fire was extinguished, and the situation was found to be safe.