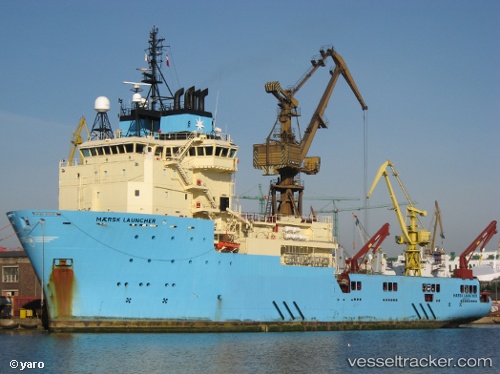 The world’s first large-scale ocean cleanup system is now headed to the Great Pacific Garbage Patch after successfully completing sea trials off the coast California. The Ocean Cleanup Project announced Wednesday that its System 001, which departed San Francisco on Sept. 8, is now back in towing configuration and is on its way to the Garbage Patch. The system is being towed by the Maersk Launcher, made available to the project by A.P. Moller-Maersk and DeepGreen, its current charter holder. System 001 consists of a 600-meter-long (2000 ft) U-shaped floating barrier with a three-meter (10 ft) skirt. It could be the first of 60 systems focused on removing floating plastic debris from Great Pacific Garbage Patch, located some 1,200 nautical miles offshore, over the next two years. The system is designed to be propelled by wind and waves, allowing it to passively catch and concentrate plastic debris in front of it. Due to its shape, the debris will be funneled to the center of the system. Moving slightly faster than the plastic, the system will act like a giant Pac-Man, skimming the surface of the ocean. https://gcaptain.com/after-successful-trials-maersk-launcher-towing-first-ocean-cleanup-system-to-great-pacific-garbage-patch/

In the morning of Sep 10, 2018, the "Maersk Launcher" sailed from San Francisco along with the Ocean Cleanup System 001 to a Pacific position, where the design will initially be tested. The tire is operated at a speed of 3.5 knots. If the test goes well, Sthe ystem 001 will be dragged on to the Great Pacific Garbage Patch, where it was hoped that it would be able to collect 50 tonnes of waste in the first year. The ambition was to build 60 similar installations that allegedly will be able to remove half of the Great Pacific Garbage Patch over five years. So far, the technique is untested, and now it will prove whether it works in practice. The System 001 is equipped with radar reflectors and warning lights and is therefore no danger to ship traffic. System 001 also does not pose a threat to wildlife. Maersk Supply Service was operating the ship free of charge for the project.

A Maersk Supply Service AHTS has departed San Diego on its first deep sea mineral study in the ultra-deep waters of the Pacific Ocean. The departure marks Maersk Supply Service’s first mineral mining voyage on behalf of the deep sea metal company, DeepGreen. The two companies began working together in 2017 to develop a method for harvesting small metallic rocks, known as polymetallic nodules, in a sustainable manner. The nodules contain metals such as copper, cobalt, manganese and nickel, which are valuable materials for electronics, as well as batteries used for renewable technologies. The AHTS, Maersk Launcher, will target the Clarion Clipperton Zone of the Pacific Ocean at a water depth of 4,500 meters. The vessel is equipped with DP2. http://gcaptain.com/maersk-supply-service-ahts-embarks-on-deep-sea-mining-study-in-pacific/