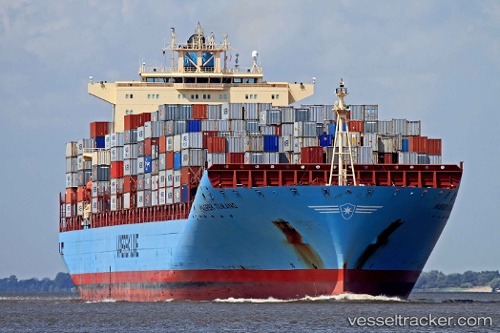 In the evening of Oct 28 the US Coast Guard suspended the search for a man who went missing after he fell while transiting the gangway to the 'Maersk Tukang' in the port of Savannah. Watchstanders at Coast Guard Sector Charleston received the initial notification from the Georgia Port Authority at approximately 3 a.m., stating a man had fallen into the water and had not resurfaced. The man has been identified as Mr. Joe Williams, 70, who was from the greater Savannah area. Coast Guard assets involved: - MH-65 Dolphin helicopter aircrew from Air Station Savannah - A 29-foot Response Boat-Small crew from Station Tybee Island Partner agencies involved: - Georgia Department of Natural Resources - Savannah Fire and Rescue - Chatham County Sheriff’s Office - Garden City Fire and Rescue Tjhe ship left Savannah at 7.15 p.m., headed to Miami, ETA Oct 30.

Man lost over board in Savannah

The US Coast Guard was searching for a man who went missing after falling overboard the 'Maersk Tukan' in the Port of Savannah on Oct 27, 2020. Watchstanders at Coast Guard Sector Charleston received notification at 3 a.m. from the Georgia Port Authority stating a 70-year-old man fell off the vessel and did not resurface. Coast Guard assets involved in search: - An MH-65 Dolphin helicopter aircrew from Air Station Savannah - A 29-foot Response Boat-Small crew from Station Tybee Island Also searching were crews from Department of Natural Resources, Savannah Fire and Rescue, Chatham County Sheriff’s Office and Garden City Fire and Rescue.

Belco Technologies has partnered with the Maersk Group for a pilot installation of a Belco scrubber aboard the 8,112TEU containership, Maersk Tukang. The equipment was tested over six days in May as the ship sailed from Algeciras, Spain, to Genoa, Italy. Representatives from Belco and Maersk were onboard, along with a surveyor from the American Bureau of Shipping who was there to witness and monitor the full testing as the system awaits class certification, expected later this year. The scrubber was installed in 2013 in Qingdao, China, during a scheduled drydock. The unit is designed to clean SOx and particulates from exhaust gas emissions from a 3.2MW auxiliary engine. Open loop tests confirmed it achieved compliance with MARPOL Annex IV regulations for all air and washwater emission criteria. Closed loop testing is scheduled for early autumn. Source : imarest