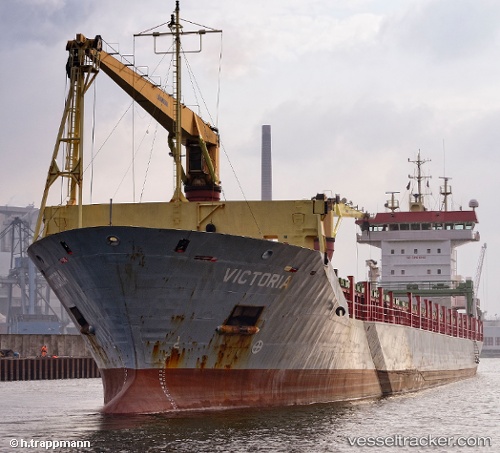 The "Thorco Crown" that broke down off the coast of southwestern Newfoundland was finally being towed to Nova Scotia. It berthed in Sydney, CA, on Feb 10 at 3 a.m. The Canadian Coast Guard ship "Sir William Alexander" was finally able to connect the line to the "Thorco Crown" in the morning of Feb 9. Initially it was planned to take it back to Port-Aux-Basques. But with better repair facilities in Sydney, Thorco changed direction and planned to head there, ahead of a storm on Feb 10. However, in rough seas, the crew of the "Bedford" had trouble attaching a tow line. The Coast Guard came to the rescue. The "Sir William Alexander" was able to secure a tow line and towed the ship throughout the night. The tow was successfully transferred to the private tug in the morning of Feb 9. After a night of towing in stormy weather, the conditions had improved in the last leg. The Transportation Safety Board of Canada sent a team of investigators to Sydney to investigate the fire on the "Thorco Crown" on Feb 10. She was not carrying any cargo at the time of the fire. Report with photos: http://www.cbc.ca/news/canada/newfoundland-labrador/thorco-crown-cargo-ship-disabled-tow-fire-1.3974382 http://thechronicleherald.ca/novascotia/1440700-coast-guard-aides-ship-after-fire http://www.cbc.ca/news/canada/newfoundland-labrador/thorco-crown-sydney-1.3975931 http://vocm.com/news/dramatic-recovery-after-fire-breaks-out-in-ship-off-nl-coast/

The "Thorco Crown" and its crew of 13 were still waiting to be towed off the southwestern coast of Newfoundland since a fire in the engine room stopped it from moving about 32 nautical miles off the coast of Port aux Basques. The owners called Svitzer Salvage to assist, and the tug "Svitzer Bedford" (IMO: 9334090) was mobilized from Port Hawkesbury on Feb 7 and has reached the ship in the morning opf Feb 8. However, rough sea conditions made it too difficult to attach the tow line, and the tug was still on scene waiting for conditions to improve. As of Feb 8 evening, the "Thorco Crown" was 9,5 nautical miles (northwest of Cape Ray, and wind conditions were continuing to push the ship further from land. The "Thorco Crown" was en route to Montreal when the fire and breakdown happened, and had just left from dropping off cargo in Argentia. The cargo contained drill pipes for the Hebron oil project. The vessel left port for Montreal around 9 p.m. on Feb 5.

The Canadian Coast Guard was called to assist the disabled "Thorco Crown" on Feb 7, 2017, The ship had suffered an engine room fire while passing through the Cabot Strait. While the fire was extinguished, the ship remained disabled. There was no immediate danger to the crew, vessel or enviroment. However, an environmental response team was on site watching the situation. The vessel, which had been enroute from Argentia to Montreal, was being monitored by the Coastguard ship "Sir William Alexander".