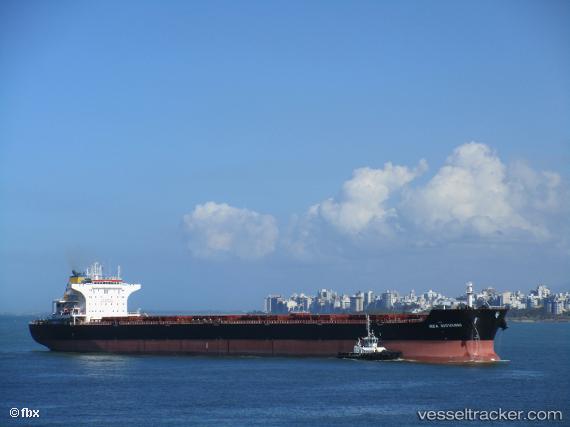 Crew remains stranded aboard since months

The 19 crew members of the 'MBA Giovanni', among them six Italians and 13 Filipinos, remain stranded aboard the ship which is anchored in the Bohai Bay, loaded with Australian coal to be unloaded at the port of Huangua. The ship remains stationary 20 miles from the coast without a change of crew and supplies periodically brought aboard. The psychophysical fatigue is becoming increasingly heavy said Captain Giuseppe Pugliese, who is on the bridge for 13 months. The Neapolitan shipowner accuses Italy of not being incisive in mediating with Beijing. The 'Mba Giovanni' had left on June 12 from Gladstone bound for Huang Hua and would have had to change crew in Hong Kong or Yeosu, where the ship stopped on June 26 for refueling. Despite the solicitations, the shipowner did not do the crew change. The ship then left and, after three days of sailing, arrived in Huang Hua on 29 June. Some crew members have been on board for 17 months. The change has been made impossible so far by the complicated anti-pandemic rules that China has imposed. Contacts with sailors are managed by Admiral Luigi Giardino, head of the Italian Coast Guard for the safety of ships and sailors at sea, a point of reference for those trapped on board. Giardino - on behalf of the Ministry of Transport - works daily in collaboration with the Italian embassy in Beijing, directed to find a solution One option would be to move the ship about twenty miles to the port of Tianjin, one of the 10 iports ndicated by China where it is allowed to disembarkseafarers destined for change. The second concerns a dedicated protocol theoretically already sent to the Chinese authorities through the Italian embassy in Beijing: with this the new crew would arrive in Tianjin and, after a period of quarantine, would be transferred on board with a tug, leaving the cargo ship anchor where it is.

For more than four months, the 'Mba Giovanni' has been at anchor off the port of Huangua in the Yellow Sea. On board were 19 crew members, among them 13 Filipinos and six Italians. Chinese institutions have offered Tianjin as a port of call, which is only 15 miles from the ship's anchorage, in order to disembark the Italian crew members. The disembarkers could go directly home, while the embarkers should mature the quarantine period ashore. The availability of the Chinese authorities is still valid, it is only up to the shipowners to proceed. The situation was being monitored and operated through diplomatic channels in order to free the crew members. Now everything depended on an agreement between the receiver, the charterer and the owner of the vessel.