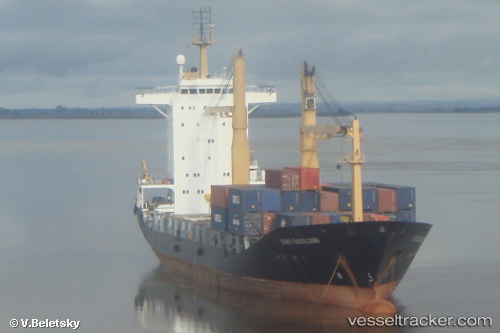 A court in Sicily on Dec 13, 2016, has convicted two crew members of manslaughter in connection with the wreck of a migrant vessel which sank in a collision with the "King Jacob" - now the MSC Isabelle", in April 2015, which resulted in the deaths of 700 migrants. Tunisian national Mohammed Ali Malek, allegedly the boat's captain, was sentenced to 18 years imprisonment. Malek denies that he was the master of the vessel. Syrian national Mahmud Bikhit, allegedly the second in command, was sentenced to 5 years in prison. Both men received a $10 million fine, and both intend to appeal the judgement. Malek departed Libya on April 18, 2015 on a fishing boat loaded with hundreds of migrants. Many were berthed below decks. As soon as Malek’s boat reached international waters, he called the Italian Coast Guard to request help, and the agency requested nearby merchant vessels to divert to assist. The "King Jacob" answered the call and arrived on scene. Malek allegedly steered the fishing boat directly towards the King Jacob. The Jacob's captain testified that he attempted to avoid a collision, but the migrant boat struck the vessel's hull and capsized. Hundreds were trapped below deck and did not escape. Many more abovedecks went over the side and drowned. Ultimately, only 28 people were rescued alive. A group of survivors identified Malek as the captain. Malek has consistently denied the charges, and claims that he was merely a passenger. Separately, Malek told the BBC that the boat had capsized due to the Jacob's wake, not due to the crew's actions.

Survivors of the worst Migrant disaster in the Mediterranen testified on Apr 21 that their 20-m-boat had hit the "King Jacob" before it capsized. The master of the cargo ship did not remark an impact. The Tunesian skipper of the boat may have hit the cargo vessel by mistake, causing a panic on board, so that the boat tilted and capsized. On board were around 800 people, maybe more. The man was meanwhile arrested as well as a Tunesian man, aged 27, and another from Syria, aged 25. The prosecutor in Palermo was investigating the case. Only 28 persons had survived the sinking and were taken to Catania. The "King Jacob" was remaining in Al Khoms since entering port on Apr 20.