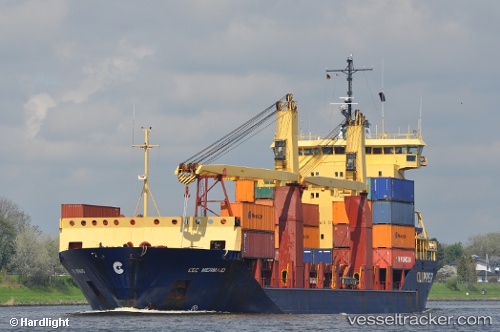 The 'Medkon Istanbul', while enroute from Evyap to Aliaga, suffered an engine failure and lost power in vicinity 39 42 12.0N, 025 34 00.0E, on June 12, 2021. The ship moored south of Bozcaada isln June 13. As repairs could not be carried out by the crew, and the tug 'Yumurtalik' was deployed to pull the ship to Ambarli. The convoy entered the Canakkale Strait in the morning with additional escort service by the tug 'Kurtarma 3'. On June 15 the ship berthed at the Mardas Terminal in Istanbul.

In a storm with wind speeds of 110 km/h in the Northern Aegean Sea and the Sea of ​​Marmara, six containers fell from the deck of the 'Medkon Istanbul' into the sea off the Bozcaada district of Çanakkale on Jan 6, 2020. The ship which was enroute from Gemlik to Izmir dropped anchor north of Bozcaada after the incident. The captain then reported the situation to the Dardanelles Strait Vessel Traffic Services Directorate (VTS). One of the six containers washed up on a beach at Bozcaada on Jan 7.