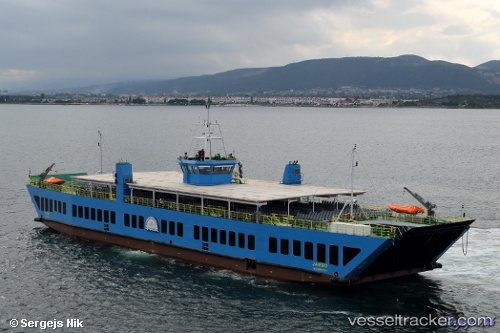 The 'Jambo' developed a mechanical problem on in the evening of Feb 24, 2020, as it was carrying vehicles on the Likoni Channel in Mombasa. The vessel developed problems due to high tides and currents as the engine was overheating, forcing the coxswain to put off one engine. Two other ferries were nearby to offer support in case needed. After engineers solved the mechanical problems, the vessel continued operating, carrying vehicles, not passengers.

The steering gear of the 'Jambo' failed on Nov 18, 2019, at 2.30 p.m. halfway the Likoni channel while crossing the Indian Ocean from Mombasa to Likoni. The disabled ship was taken in tow by the m/v 'Kwale' which pulled it to the island ramp. The ferry was to undergo repairs at the Mbaraki wharf.

Ferry broke down on Likoni Channel

Traffic woes rocked the Likoni Channel in Mombasa in the morning of Sep 12, 2018, after the "Jambo" broke down on the Mombasa Island side of the channel after it developed a mechanical problem and was taken in tow by the tug "Kiboko II". The vessel then blocked two other ferries from docking at the Mombasa-Island side, complicating the situation. Motorists and pedestrians seeking to cross the Indian Ocean to South Coast were forced to queue for long hours to get transport. The congestion affected commuters rushing to work, who forced their way onto the three available ferries — the "Nyayo", "Harambee" and "Kwale". Reports with photos and video: https://www.nation.co.ke/counties/mombasa/Traffic-woes-rock-Likoni-Channel/1954178-4755382-gqyq1ez/index.html https://www.the-star.co.ke/news/2018/09/12/video-crisis-as-three-ferries-break-down-at-likoni_c1817553