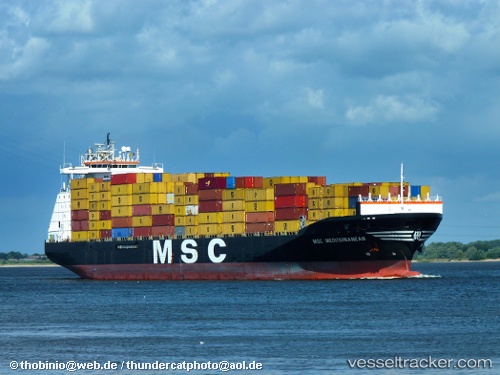 The 'MSC Mediterranean' after its arrival from New York suffered a failure of its main engine, while berthing at section No. 67 of the port of Montreal on DEc 12, 2019, at 11.35 p.m. The vessel was subsequently moored at the Termont Maisonneuve Container Terminal with the assistance of a tug.

On Oct 12, 2017, around 10 a.m. one crew member of the "MSC Mediterranean" was injured while working with a generator in the engine room as some machinery failed. The accident happened during her Dardanelles transit en route from Gemlik to Gioia Tauro. The vessel informed the relevant authorities and was anchored in the Yapildak area, northeast of Canakkale, escorted by a tug. Then the injured crew member received medical treatment.