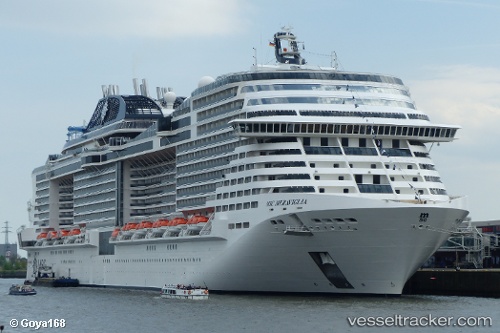 Passengers and crew denied disembarkation because of coronavirus fear

The 'MSC Meraviglia' with over 4,500 passengers and over 1,600 crew members on board was denied disembarkation of either passengers or crew at Ocho Rios, Jamaica, after she docked in port on Feb 25, 2020. Port Health Officials discovered that a crew member was placed in isolation on board with a cough, fever and associated muscle pains, and with a travel history to a country related to coronavirus. After waiting in port for nearly four hours for formal clearance, the captain decided to leave Ocho Rios for the next port of call as the long wait had compromised the passengers’ proposed time at the destination. The ship proceeded to Cozumel, ETA Feb 27, 3 p.m.

Passenger died after jump over board

On July 5, 2019, at 12.45 p.m. a female German passenger in the 40s jumped over board the "MSC Meraviglia" which was enroute from Flåm to Kiel during a one week cruise. The captain immediately turned the ship around after the alarm was raised near Kristiansand. The SAR operation was joined by a helicopter of the Norwegian Coastguard, a nearby container ship and the Merlin 510 helicopter of the Royal Danish Airforce. The cruise ship was in Norwegian waters, but as the Danish rescue helicopter in Aalborg was closest, it was deployed at once. At 2.52 p.m. the woman was found in the sea and recovered by the Danish helicopter. She was taken to the University Hospital in Aalborg where she died.

On Feb 20, 2019, at 10.20 p.m. a medevac was carried out from the "MSC Meraviglia" which was about 80 miles southeast of Menorca. The Helimer 215 helicopter of Salvamento Marítimo was mobilized and hoisted the patient. He was transported to the hospital of Son Espases in Palma de Mallorca. Video: https://twitter.com/i/status/1098526039230296064